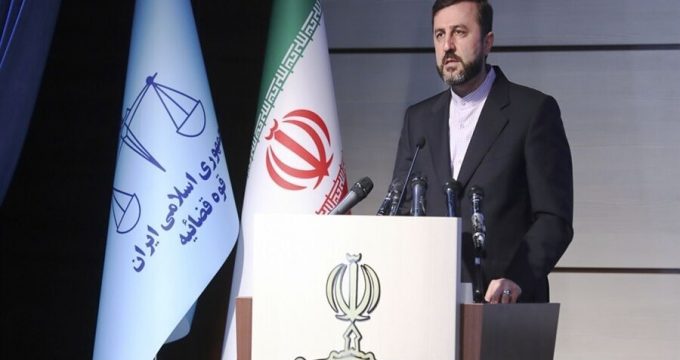 The top Iranian rights official has blasted the US and its allies for their unilateral coercive measures (UCM) against Iranians, saying the measures violate the basic principles of international law, the UN Charter as well as fundamental human rights.

“Unilateral coercive measures are in flagrant contradiction with the principle of the rule of law,” Secretary of Iran’s High Council for Human Rights Kazem Gharibabadi said at the 51st session of the UN Human Rights Council on Wednesday.

He underlined the need for the establishment of effective mechanisms in order to hold the sanctioning states to account, stressing that the step must be an integral part of any appeal and legal discourse on the negative impacts of sanctions.

“How come certain states, which are always pretending to support the human rights of Iranians, have the face to encroach upon the rights of Iranians on a large scale by imposing and supporting cruel sanctions or remaining silent about them?” the official went on to question.

Gharibabadi stressed that it was an absolute necessity to establish a conceptual framework for a compensation and grievance mechanism in order to make reparations to the victims of human rights violations as a result of sanctions.