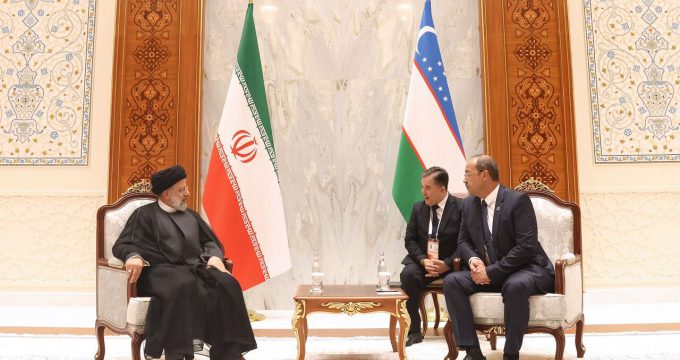 President Raisi’s visit to Samarkand is aimed at attending the 22nd Summit of the Shanghai Cooperation Organization (SCO).

Shortly after arrival, the president was accorded welcome by his Uzbek counterpart Shavkat Mirziyoyev.

Raisi met and held talks with his Uzbek counterpart upon his arrival in Uzbekistan.

Congratulating the anniversary of Uzbekistan’s independence, President Raisi said that Iran-Uzbekistan relations have undoubtedly made good progress in these years, especially during Mirziyoyev’s presidency.

He underlined that Tehran’s relations with Tashkent are not only neighborly and regional ties, but it is also civilizational, deep and cultural.