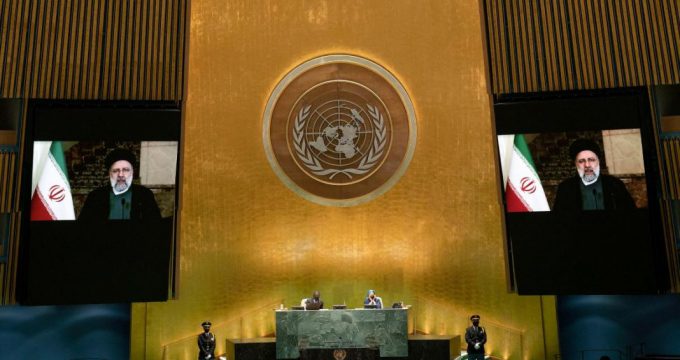 An Iranian official has confirmed that Iran’s President Ebrahim Raisi will visit New York later this month, to take part in the 77th session of the United Nations General Assembly (UNGA).

The Iranian president is slated to leave for the Uzbek city of Samarkand later on Wednesday for a session of the Shanghai Cooperation Organization (SCO) on September 15-16 and other meetings on the sidelines with senior officials of the Eurasian body.

Last month, Ali Bahadori-Jahromi, the Iranian administration’s spokesman, said “the preliminary planning has been done for the president’s attendance” at the General Debate of the UNGA, which will open at the world body’s HQ in New York on 13 September 2022.

This year’s Debate will be fully in person for the first time since the coronavirus pandemic began plaguing the world in late 2019.

The Iranian president is under US sanctions, but the State Department said in late August that it would not deny a visa for the Iranians planning to attend the 77th session of the UN General Assembly.