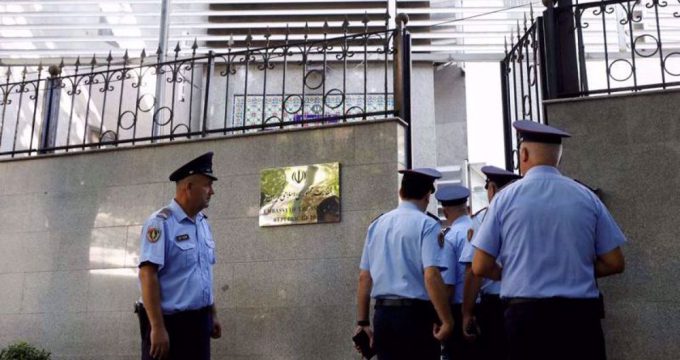 The police were inside for 30 minutes and searched the building which still flew the Iranian flag, the reports added.

Under international law, embassies and consulates receive special protection and immunity and are regarded as the territory or “soil” of the sending state.

The trespassing took place a day after Albania, which has for years hosted anti-Iran terrorists in collusion with the US, severed diplomatic ties with Tehran, accusing it of orchestrating a July “cyberattack” against Tirana.

Kan’ani also termed allegations leveled against Tehran as “baseless” and “unsubstantiated,” while blaming “third parties” for Albania’s decision to cut ties with Iran.

He identified the United States, the Israeli regime, and the Mujahedin-e-Khalq Organization (MKO), an anti-Iran terrorist group that has been hosted by Albania since 2016, as the “third parties” that have propelled Tirana into taking the decision.

The spokesman also said that as one of the victims of rampant cyberattacks, the Islamic Republic condemns any use of cyberspace toward infringement on other countries’ vital infrastructures.