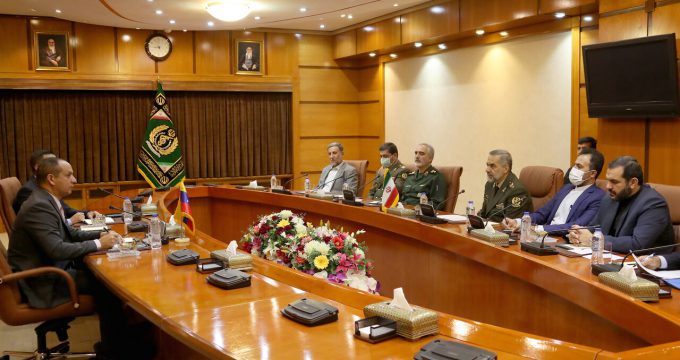 Emphasizing political will and a roadmap for economic cooperation, the two sides stressed on strengthening and developing scientific and technological cooperation as well as economic, trade, agriculture, transportation, medical, and energy.

Stating that Tehran-Caracas ties are rapidly expanding and progressing, President Raisi said that the Islamic Republic of Iran has been a friend of Venezuela in its tough days.

Pointing to the policy of developing trade and economic ties of the Islamic Republic of Iran with friendly states, President Raisi stressed the significance of expanding the level of cooperation among Iran and Latin American states, especially regarding the various capacities available.

He highlighted that Iran is ready to expand relations with Venezuela in all fields, especially in the areas of trade, energy, technology, science, and defense.

Velásquez, for his part, expressed his pleasure at the growing level of relations between the Islamic Republic and his country, stressing Caracas’ efforts to boost the level of economic, trade, transit, and political cooperation.

Referring to the technical and engineering capabilities of Iran, he called for expanding the interactions between the two states in this regard.

He also delivered President of Venezuela Nicolás Maduro’s message to President Raisi in this meeting.