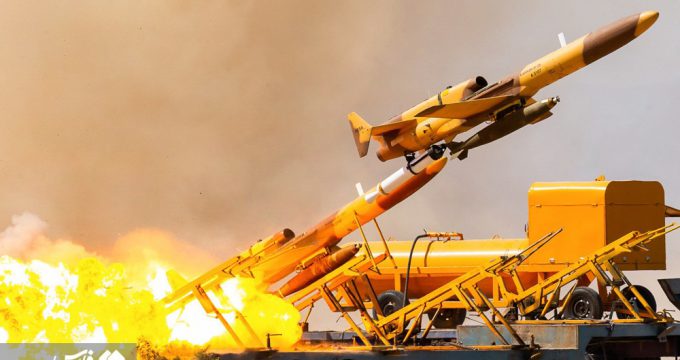 A high-ranking military advisor to Leader of the Islamic Revolution Ayatollah Seyyed Ali Khamenei has stressed that the Islamic Republic’s defensive power is not negotiable, noting that the country’s defense industry has significantly advanced in recent decades after the Iran-Iraq war.

“The Sacred Defense [The 1980-88 Iraqi imposed war] taught us that the defense might is non-negotiable. We will promote this [power] as much as needed and will never put it up for negotiations with any party,” Brigadier General Amir Hatami said during a ceremony in the Iranian capital of Tehran.

He added that the Islamic Republic moved to sharply strengthen its defense power following the eight-year war, something that prompted the enemies to call for negotiations on the subject.

“All our decision makers know very well what they will face in the future. If we (Iran) possess advanced missiles today, it is because we have realized that we need such weapons,” Hatami pointed out.

The senior Iranian military advisor went on to say that the Islamic Republic is now in possession of a wide array of unmanned aerial vehicles, stressing that the country appreciated the significant role that drones can play in an armed conflict long before the world came to recognize the fact in the 2020 Armenian-Azerbaijani conflict over the contested Nagorno-Karabakh region and Ukraine crisis.

“Today, the Western countries have rushed to the aid of Ukraine [against Russia] with short-range and anti-armor munitions. We possess anti-tank and anti-helicopter arms, among other things, which can serve as a game-changer in case of a confrontation,” Hatami noted.

Meanwhile, the head of Iran’s Passive Defense Organization says the country’s deterrent military prowess has forced enemies to alter their strategies, and they now pursue the campaign of maximum and comprehensive pressure, especially in the economic and cyber fields, against Tehran.

Iranian military experts and technicians have in recent years made substantial headway in manufacturing a broad range of indigenous equipment, making the armed forces self-sufficient in the weaponry sphere.

Iranian officials have repeatedly stressed that the country will not hesitate to boost its military capabilities, including its missile and drone power, which are entirely meant for defense, and that Iran’s defense capabilities will never be subject to negotiation.