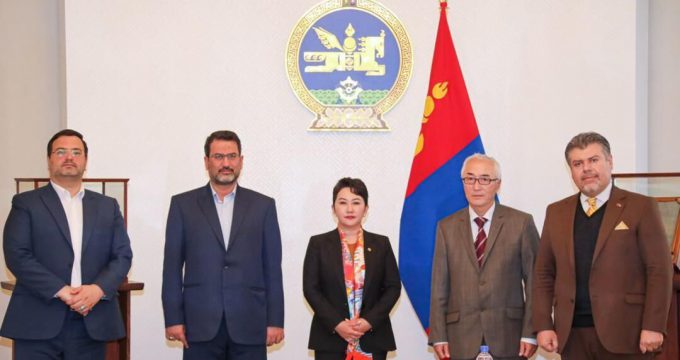 An Iranian delegation led by Deputy Minister of Industry, Mine and Trade Mohammad Mehdi Baradaran met with Mongolian Foreign Minister Battsetseg Batmunkh in Ulaanbaatar on Saturday.

The top Mongolian diplomat said that the visit of the Iranian delegation to her country marks the highest level of ties between the two sides over the past 40 years.

She expressed hope that trade relations will be expanded between the two countries.

The delegates, during their three-day stay in Mongolia, held talks with other officials as well, exploring ways to develop relations between the two countries and pave ground for Iran’s private sector’s cooperation in Mongolian urban projects.

Three memoranda of understanding were signed too.

The trip to Mongolia, which is located in East Asia, was carried out in line with policies of President Ebrahim Raisi’s administration to boost relations with different countries.