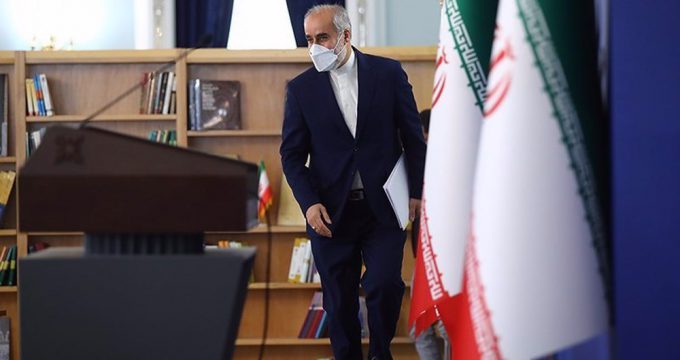 In an interview with IRNA, Nasser Kan’ani said that detention of Iranian national Hamid Nouri and his trial were illegal and based on unfounded accusations.

Nouri has been sentenced to life imprisonment in a Swedish court after months of trial.

Kan’ani said that Nouri’s detention and his trial was totally unacceptable to Iran and that Tehran had seriously demanded his release from the Swedish government, pursuing the case both at legal and political levels.

The spokesman also said the foreign ministry was doing the same in the case of Assadollah Assadi, another Iranian citizen detained in Belgium, in order to release him.

The diplomat also made comments on President Ebrahim Raisi’s foreign policy, noting that his approach to foreign policy was based on latent potentials in this area.

He noted that the achivements of the administration after Raisi’s one-year tenure confirm that the adopted policy had been a correct one to protect Iran’s interests.

The emphasis on Asia does not mean that the potentials in other geographies are neglected, Kan’ani said, adding that the current administration has focused on economic improvement and expansion of economic ties with different countries.

On the reconciliation talks between Iran and Saudi Arabia, the spokesman said that various issues are discussed in these talks both on bilateral and regional areas.

He noted that it is important, however, that a new attitude has been formed in Saudi Arabia that the talks should continue so that Tehran and Riyadh could resume formal ties.