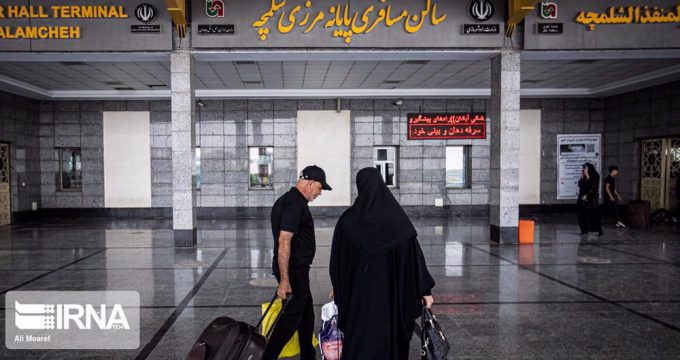 Iranian Interior Ministry says border crossings to Iraq have been reopened hours after they were closed because of an eruption of violence in the Arab country’s capital Baghdad.

Authorities said on Tuesday that four main border crossings to Iraq had been reopened to travelers. Later statements said two of the crossings, namely Mehran and Chazzabeh, respectively in west and southwest Iran, still had restrictions on movement.

Aviation authorities said flights from Iran to Iraq’s fourth largest city of Najaf had been restored after a brief halt. An official from Iran’s main international airport the IKA said that flights that had been cancelled because of unrest in Iraq will be rescheduled.

Iran ordered closures at borders to Iraq late on Monday after reports emerged of deadly clashes in the capital Baghdad between followers of a main political faction and security forces.

The closures affected tens of thousands of pilgrims who cross the border on a daily basis to attend ceremonies of Arbaeen, a ritual that marks the 40th day of the martyrdom of Imam Hussein, the grandson of the Prophet Mohammad (PBUH).

Figures provided by governments of Iran and Iraq suggest more than five million people are expected to frequent holy sites in Karbala, Najaf and other Iraqi cities in days remaining until Arbaeen on September 16-17 this year.

However, Iran’s interior ministry on Tuesday recommended travelers waiting on the borders to Iraq to delay their entry at least for one day until full security is ensured into the Arab country.

Iraqi sources said holy shrines in the city of Karbala were packed with pilgrims on Tuesday evening just hours after they were emptied because of the news of the violence in Baghdad.