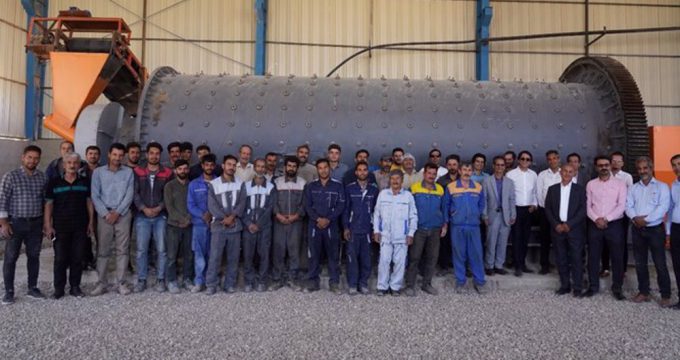 Iran has put its third titanium processing plant into operation in a major boost to recycling of a precious metal used in high-end aerospace, marine and auto industries.

The 27,000-tonne production line in Rudab Sabzevar in northeast Iran was brought online in eight months, by Iranian specialists using domestic equipment.
The opening will help prevent the raw sale of minerals in Sabzevar where the number of titanium mineral processing and chromite concentrate units has increased in recent years.

The city is a mining hub in Razavi Khorasan province, where more than 150 metallic and non-metallic mines with reserves of chromite, manganese, limestone, aluminum and building stones are operating.

Titanium minerals are used to make titanium sponge, which is turned into metal for industrial applications.

China is the world’s top producer of titanium sponge, accounting for 57% of global output at 210,000 tonnes last year, according to US Geological Survey (USGS). Japan comes next with nearly 17%, followed by Russia with nearly 13% of the market. Other leading sources include Kazakhstan, Ukraine, Vietnam and Mozambique.

The operation of the Kahnuj plant put Iran in the league of a few countries which produce titanium – the strategic metal of the century, named after the powerful Titan gods in Greek mythology.

In June 2020, a heavy mineral sands prospect in Qara-Aghaj near Urmia, estimated to hold 120 million tonnes of titanium-bearing ores, was brought on stream.

Qara-Aghaj is one of the largest known titanium ore deposits, containing 30 percent of Iran’s overall reserves. Kahnuj in Kerman is estimated to hold 150 million tonnes. The Fanuj mine in Iran’s Sistan and Baluchestan province is another base for titanium deposits.

Because of its strength, light weight and corrosion resistance, the metal is highly prized in aircraft manufacturing, with further applications in military, aerospace, marine industries, dental implants and industrial processes.

Titanium mining includes extraction of ilmenite, rutile and zircon, which are processed into titanium dioxide.

Titanium dioxide is mainly used to produce titanium pigment, the most commonly used white pigment. It is used as a choice material in paper, paints, plastics, joint replacement and tooth implants.

Iran is ranked among 15 major mineral-rich countries, holding some 68 types of minerals, even though the country’s mineral potential is not fully mapped.
Barring the oil and gas sector, the extractives industry is underdeveloped, but Iran is trying to diversify its economy and mining is integral to the effort.

The pivotal role of the manufacturing sector in Iran’s economic resilience has not escaped the attention of US administrations. Washington has imposed sanctions targeting Iran’s construction, manufacturing, textiles, mining, aluminum, copper, iron and steel industries.

The coercive measures affect the private sector and millions of blue-collar workers in Iranian factories, disproving the US government’s claim that the sanctions target the state and not ordinary people.