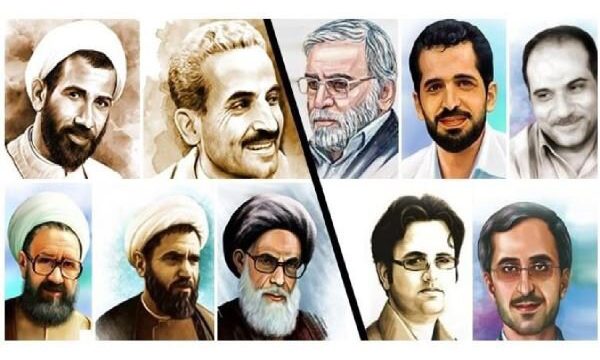 In the past four decades, Iran has been the biggest victim of terrorism in the world regarding the number of Iranian politicians and scientists who have fallen victim to the terrorism sponsored by the West and Zionists.

Following the 1979 victory of the Islamic Revolution under the wise leadership of Ayatollah Ruhullah Khomeini, the US, the Zionist regime, and the western-backed anti-Iran terrorist organizations plotted many conspiracies against Iran such as economic sanctions, Coup d’état, war, and assassinating of Iranian officials and scientific figures to undermine the growing power of the Islamic system.

In the last four decades, Americans, the Zionists, and the anti-Iran terrorists have spared no effort to damage the security of Iran and realize their devilish plans.

Since the 1979 revolution, the Islamic Republic of Iran has suffered a lot from terrorism, while the MKO has been spearheading the terrorism campaign against Iranian civilians and government officials.

As the biggest victim of terrorism, the Islamic Republic of Iran has been facing many terrorist tragedies such as the 1981 bombing Iranian Prime Minister’s office, the martyrdom of over 17000 civilians by terrorist groups, and the martyrdom of great nuclear scientists in recent years.

1979-1982 have been the most bloody years for the newly-established Islamic Republic of Iran, regarding the number of assassinations of Iranian political figures, theorists, and clerics.

On August 29, 1981, the anti-Iran terrorist Mojahedin-e-Khalq Organization (MKO) detonated a bomb at the office of Prime Minister Mohammad Javad Bahonar in Pasteur street in downtown Tehran, martyring senior Iranian officials including Prime Minister Bahonar, President Mohammad Ali Rajaei as well as some other officials including Tehran Police chief Hooshang Vahiddastjerdi who had a security meeting there. 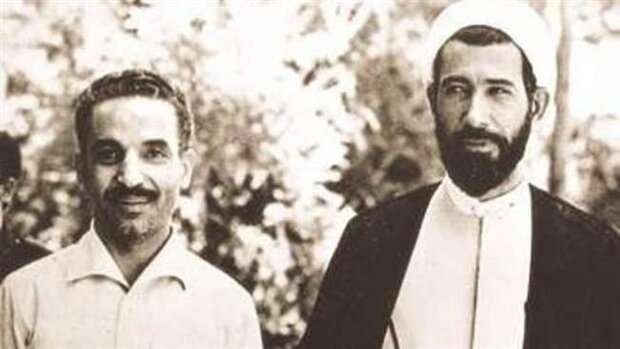 The explosion destroyed the first floor. Due to their severe burns, the corpses were not easily identified. Rajaei and Bahonar were identified through their teeth. 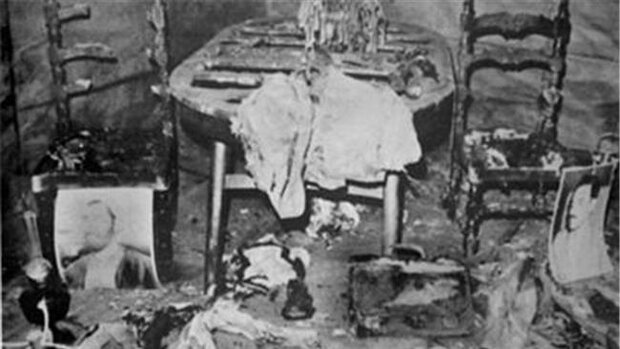 Subsequent investigations revealed that Kashmiri was an MKO operative, who had infiltrated the then-prime minister’s office disguised as a state security official. 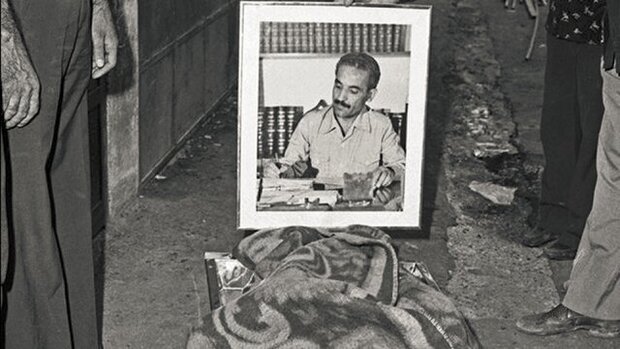 This terrorist attack came nearly two months after another massive deadly bombing on 28 June 1981 known as the Haft-e Tir bombing at the headquarters of the Islamic Republic Party in Tehran which martyred more than seventy senior Iranian officials, including the Chief Justice of Iran Mohammad Beheshti. The MKO was blamed for the Haft-e Tir bombing as well.

August 29 is commemorated in Iran as the National Day of Fight Against Terrorism and the week ending on the anniversary of the bombing has been named Government Week in the Iranian calendar.

The Mojahedin-e-Khalq Organization (MKO) is listed as a terrorist organization by much of the international community. After the Islamic Revolution in 1979, the MKO began its hostility against Iran by killings over 17,000 Iranians and terrorist activities.

Its members fled Iran in 1986 for Iraq, where their heads Maryam Rajavi and Massoud Rajavi received support from the former Iraqi dictator Saddam Hussein. 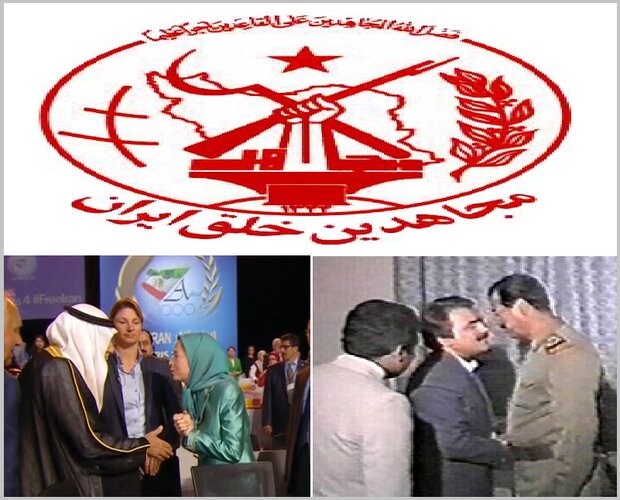 They fought alongside the Baathist army against their fellow Iranians and their agents carried out lots of assassinations against Iranian civilians and government officials throughout the 8-year of Iraqi-imposed war on Iran between 1980 and 1988.

In Saddam’s war against Iran, the MKO members provided Iraq with intelligence and even attacked Iran militarily with an army consisting of their members.

The Baathist regime of Saddam had provided them with a camp called Camp Ashraf in Diyala Province where they were trained and plotted terror attacks against both Iraqis and their fellow Iranians.

After the Saddam regime was toppled after the US invasion in 2003, the remaining MKO members faced massive anger from many Iraqis for their previous cooperation with the former Saddam regime so that their American and European backers had to relocate them to a new camp in Albania to use them as proxies in the future against the Islamic Republic.

In 2012, the US State Department removed the MKO from its list of designated terrorist organizations under intense lobbying by groups associated with Saudi Arabia and other regimes adversarial to Iran.

Over recent years, the US and France have publicly shown their support for the MKO.

The MKO’s current head Maryam Rajavi, who had taken the lead over the organization after the suspicious unannounced death of her husband, has held meetings with high-ranking US officials including former National Security Advisor John Bolton and former US Secretary of State Mike Pompeo. They have also held gatherings in France with high-ranking US officials in attendance. 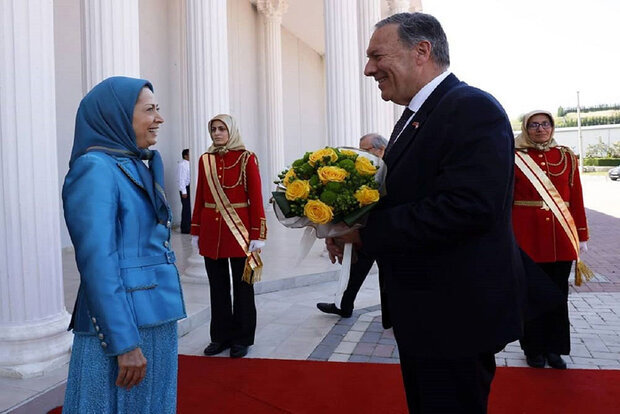 Several members of the terrorist group and its leaders are living in France now, freely conducting activities.

Its members are now freely operating and plotting against their homeland with the backing of governments of the western countries where they are residing in with the United States and France on the top.

After the victory of the Islamic revolution and especially in recent years, great Iranian nuclear scientists have fallen victim to state terrorism sponsored by the CIA and Mossad intelligence agencies.

Between 2010 and 2012, four Iranian nuclear scientists  Masoud Alimohammadi, Majid Shahriari, Darioush Rezaeinejad, and Mostafa Ahmadi Roshan were brutally assassinated, while another Fereydoon Abbasi was wounded in an attempted murder.

On 27 November 2020, Dr. Mohsen Fakhrizadeh, an eminent Iranian scientist and the head of the Organization of Innovation and Research of the Ministry of Defence, was assassinated in the eastern suburb of Tehran. 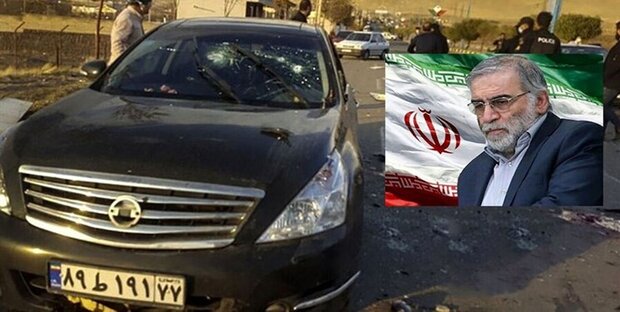 The terrorists used sophisticated weapons and complicated methods to carry out the ambush on Dr. Fakhrizadeh’s escort convoy. 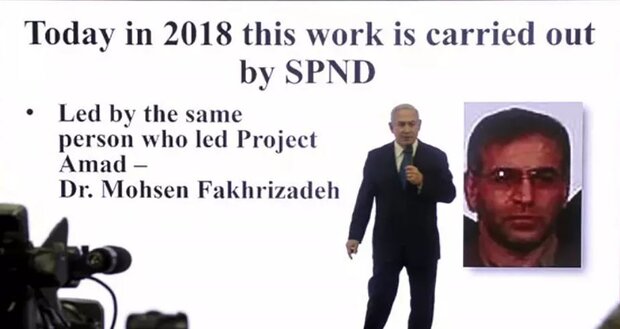 The meticulousness and complexity of the attack clearly demonstrate that the agent of the Zionist regime was behind this terrorist act.