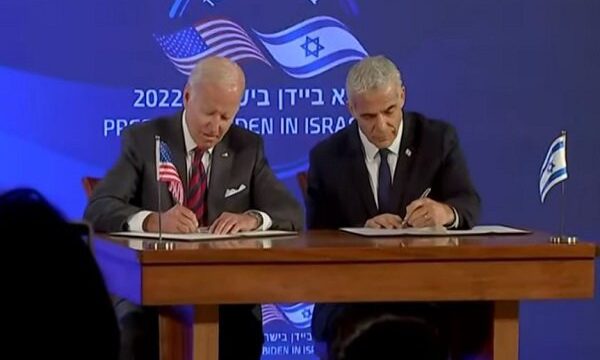 Prime Minister Yair Lapid is expected to discuss his position on a possible agreement in JCPOA revival talks with US President Joe Biden.

Tel Aviv and Washington are looking to set up a meeting between Zionist Prime Minister Yair Lapid and US President Joe Biden next month, as Washington appears nearer to signing a renewed nuclear agreement with Iran, according to a Zionist source.

The source cited a senior Zionist official as saying the idea is to schedule a meeting on the sidelines of the UN General Assembly’s annual session.

The unnamed official said that a potential date is September 20, after Biden addresses the UNGA.

The report said that Biden and Lapid are also expected to speak on the phone in the coming days, according to an American source.