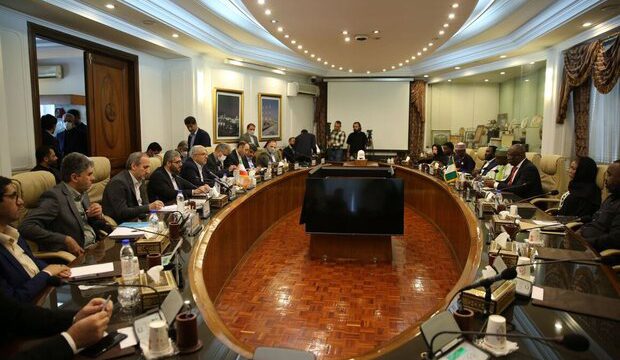 Referring to the energy potential of Iran and Nigeria, the Iranian oil minister expressed hope that cooperation in the field of energy will increase between the two countries with the signing of MoUs.

Referring to the negotiations held between Iran and Nigeria on the sideline of the heads of the Gas Exporting Countries Forum (GECF)’s summit, Owji said Iran and Nigeria have good capacities in the field of energy.

Iran and Nigeria have large reserves of oil and gas, and Nigeria is the sixth exporter of LNG in the world, he added.

Owji also expressed hope for the development of cooperation between the two countries in this field of energy, saying that both countries are members of OPEC, OPEC+ and the JECF summit, which makes the necessary cooperation possible.

“We hope that cooperation in the field of energy will increase between the two countries with the signing of MoUs,” he added.

“We signed a memorandum of understanding to expand joint oil, gas and petrochemical cooperation, which was related to the export of technical and engineering services and energy development,” the Iranian minister noted.

According to Owji, Iran will export CNG technology to Nigeria and will use the capacity of Nigeria’s capabilities in the field of LNG.

Capable Nigerian companies will build mini-LNG and LNG units in Iran, he said, adding that the reconstruction and renovation of Nigerian refineries will be done by Iranian companies.