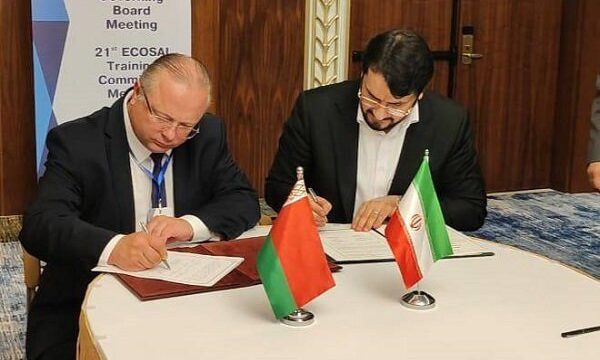 Supreme Audit Court of the Islamic Republic of Iran (SAC) and the State Control Committee of the Republic of Belarus signed a memorandum of understanding (MoU) on joint cooperation.

On the sidelines of the 9th meeting of the ECOSAI organization in Kazakhstan, Senior President of the Supreme Audit Court (SAC) of Iran Mehrdad Bazrpash and the Director of the Financial Monitoring Department of the State Control Committee of the Republic of Belarus Vasily Gerasimov signed an MoU on joint cooperation between the two countries in 13 clauses and for a period of five years.

Bazrpash said in the meeting that the Supreme Audit Courts of Iran and the State Control Committee of the Republic of Belarus can help the two governments to increase economic relations.

Referring to the sanction imposed on the countries, he added that the two countries can put neutralization of sanctions on their joint agenda with better coordination.

Bazrpash termed the signing of the memorandum with Belarus as the first action of the financial regulatory bodies.

Vasily Gerasimov, for his part, criticized the cruel sanctions against the two countries.