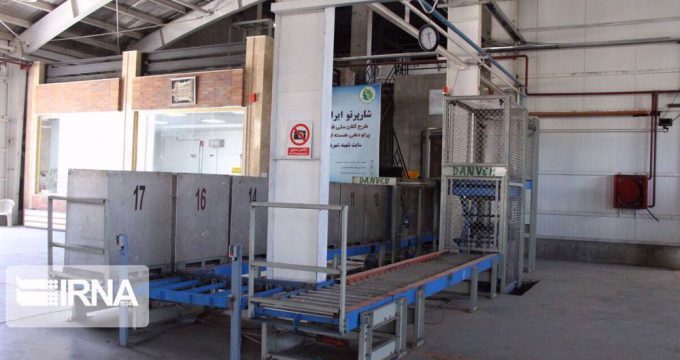 The Atomic Energy Organization of Iran (AEOI) has launched a first multi-purpose gamma irradiation plant in the country as its chief says 11 other such plants are planned to come on line in the country until March 2024.

AEOI chief Moahammad Eslami, who is also a deputy Iranian president, traveled to East Azerbaijan province in northwestern Iran on Thursday to open the gamma irradiation plant in the city of Bonab.

Eslami said the movable plant will mostly offer waste control services to Iranian farmers in the area, adding that Iran will be able to reduce agricultural waste by over 30% by using the system in other parts of the country.

“The main application of this system is to irradiate food and agricultural products to reduce their susceptibility to pests and to increase their storage life,” he said.

The AEOI chief said the organization has identified other locations in Iran for launching similar gamma irradiation plants.

Eslami said works on designing and assembling the gamma plant installed in Bonab had started in January by AEOI technicians and engineers.

The official said the current version of the home-made gamma irradiation plant is able to process 20 metric tons of agricultural products per day, adding that the capacity could increase depending on the need of the farmers and the readiness of the privately-owned food processing factories in Iran.

AEOI is mostly known for its technical responsibility over Iran’s nuclear program. However, the organization is also the country’s leading provider of research in various fields of science and technology, including particle accelerators, laser devices and irradiation.