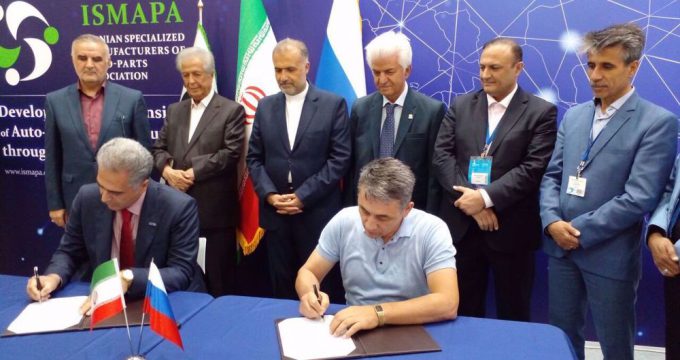 Iranian automotive companies and their counterparts in Russia have signed some $700 million worth of deals to expand their cooperation at a time the two countries are shoring up their defenses against Western sanctions.

Iran’s official IRNA news agency said in a Wednesday report that Iranian and Russia carmakers and parts manufacturers had signed a total of 12 memoranda of understanding (MoUs) during a ceremony held on the sidelines of MIMS Automobility Moscow 2022, a Russian car show that started earlier this week.

The report said the contracts will focus on key areas of works in the car manufacturing sector, including the production and sales of powder metallurgy parts by Iranian parts makers.

It said Iran’s Mega Motor company, a subsidiary of the second largest car manufacturer Saipa, will start a partnership with a Russian car engine maker as part of the contracts signed during the Russian auto show.

Iran’s ambassador to Moscow Kazem Jalali, who oversaw the signing of the MoUs, said the contracts would enable Iran to increase its exports to Russia from a current annual figure of nearly $1 billion which is mostly focused on agrifood exports.

“Our car parts manufacturers shined during the (Moscow) car show and made the country proud,” he was quoted as saying by the IRNA.

The deals come amid efforts in Iran and Russia to expand the industrial cooperation between the two countries as they seek to offset the impacts of American sanctions on their economies.

The push for closer economic and trade ties between Iran and Russia intensified in February when Moscow came under a raft of Western sanctions because of its military involvement in Ukraine.