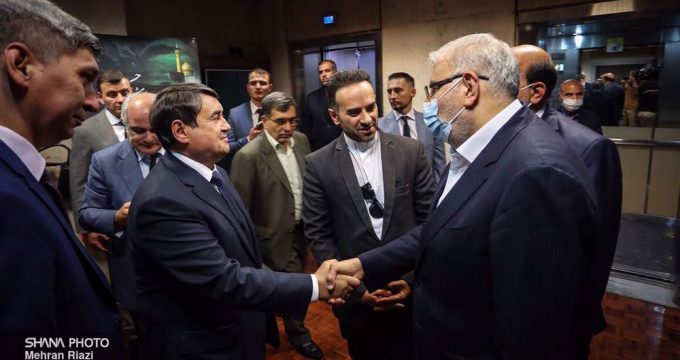 Oil Minister Javad Owji says Iran will “very soon” sign a major deal with Russia to import gas from the country for domestic consumption and deliver the same amount to customers at other parts of the Iranian borders.

Owji said on Wednesday that senior official of the National Iranian Gas Company (NIGC) will travel to Moscow in the near future to sign the gas swap deal with Russia.

“The gas purchase and swap (agreement) with Russia has been finalized and it will be signed in the near future in Moscow between the NIGC and the Russian side,” the minister said.

The minister made the comments after a meeting in Tehran with Igor Levitin, who is a senior aide to the Russian President Vladimir Putin.

Owji described the two-hour meeting with Levitin as very fruitful and said that the two sides had discussed the road ahead for a number of joint projects.

Iran and Russia, the two leading global gas powers, have deepened their energy ties in recent months amid growing economic pressure being piled up by the West on Russia because of the war in Ukraine.

Iranian Oil Ministry authorities said at the time that gas swap could be a part of the historic energy cooperation deal signed between Iran and Russia.

Media reports over the past month have suggested that Iran’s supply of natural gas to Turkey could increase significantly if Iran signs a gas swap deal with Russia.

Iran is currently in a gas swap arrangement with Turkmenistan under which the gas imported from the country is consumed in northeastern Iran and the NIGC delivers the same amount of gas to Azerbaijan in its northwest.