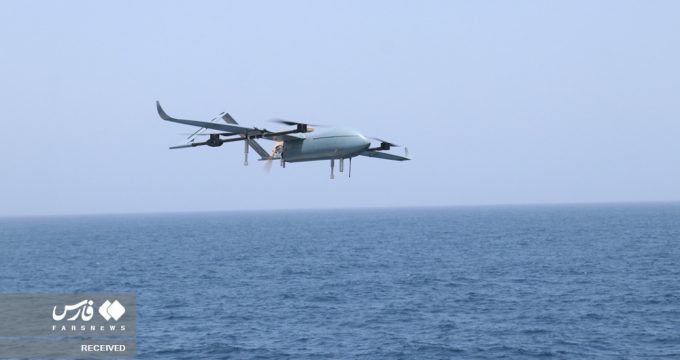 The Iranian Army’s cutting-edge drones have successfully hit and destroyed a set of “sensitive and vital” mock enemy targets using state-of-the-art weapons with pinpoint accuracy on the second day of massive countrywide drills.

He added that a considerable part of the designated targets have so far been destroyed and the mission will be concluded in the hours to come.

Mousavi said various types of combat drones operated by the four units of the Army, namely the Ground Force, Navy, Air Force and Air Defense Force, hit the pre-determined targets in the general area of the exercises — which cover almost all Iranian territory and strategic southern waters — with precision and high-accuracy weapons in the major operational phase of the maneuvers.

Mousavi said a variety of drones with pre-determined operational plans were flown from different remote parts of the country and carried out their missions under the supervision of the drills’ tactical air direction (TAD) center.

“Given the fact that the drills take place countrywide, the Army’s Zolfaghar tactical air direction center and a number of other secondary bases in different locations of the country have been in charge of strategic and operational management of the maneuvers,” he added.

Iranian military experts and technicians have in recent years made substantial headways in manufacturing a broad range of indigenous equipment, making the armed forces self-sufficient in the arms sphere.

Iranian officials have repeatedly underscored that the country will never stop working to strengthen its military capabilities for defense purposes.