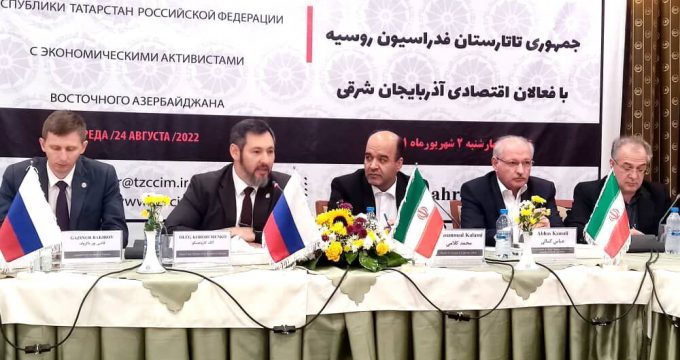 Tatarstan’s deputy prime minister and minister of industry and trade on Wednesday called for tripling the current volume of exchange with Iran.

The volume of exchange between Tatarstan and Iran is now 180 million dollars, Oleg Korobchenko said at a meeting held in Tabriz, northwestern Iran.

The meeting was held with participation of an economic delegation of Tatarstan and provincial officials of East Azarbaijan Province.

Korobchenko said the visit of the Tatar delegation is aimed at reviewing ways to widen bilateral cooperation and sign various trade agreements.

The deputy governor-general of Iran’s East Azarbaijan Province for economic affairs, too, said that Tabriz is the main transit route for connecting Iran to Europe and Central Asia.

Mohammad Kalaami referred to the existence of petrochemicals, grounds for foreign investment, hand-made silk carpets, agriculture, and copper reserves as great capacities of the province.

Due to its geographical position, East Azarbaijan Province can be Iran’s main railroad connection to Central Asia and Russia.