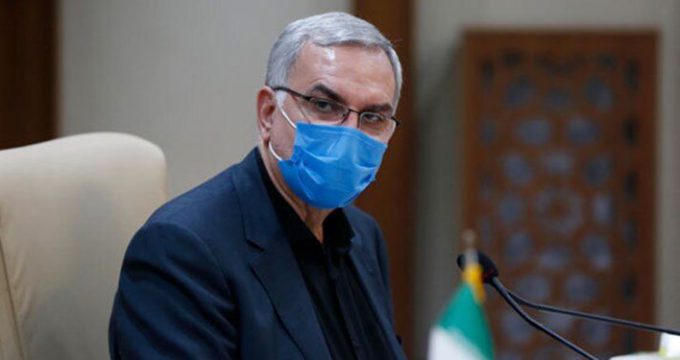 Iran is among the world’s top six countries in the fight against coronavirus, Health Minister Bahram Einollahi said on Tuesday.

Medical science in our country is a deep-rooted and ancient science. Today, without a doubt, we have the strongest health sector in the region. We were able to meet not only the needs of our own community but also countries in the region come to us for their medical needs, he highlighted.

It has been announced that Iran is among the top six countries in the world in controlling the pandemic, despite the brutal sanctions, he emphasized.

Referring to the capability of Iranian vaccine manufacturers, he said that some 50 million vaccine doses of COVID vaccine are already stored and 6 vaccine production centers are operating in the country.

Next waves on the cards?

There is still the possibility that the eighth or even subsequent waves of coronavirus hit the country, but it highly depends on which variant of the virus will emerge, Mostafa Salehi Vaziri, head of the national laboratory for COVID-19 at the Pasteur Institute of Iran, has said.

Iran holds the vaccination record per population in the world, as the country injected 1,600,000 vaccines daily. The new strain of Omicron known as BA2.75 has not yet been identified in Iran. At present, the most available variant of COVID in the country (more than 90%) is the BA5 strain, and in other parts of the world, the BA5 strain is the most widespread, he explained.

He went on to note that there is a possibility of the eighth or more waves of the corona, but everything depends on what variant of the virus will emerge, which is also affected by other factors. Therefore, it cannot be said that the seventh wave is the last one in Iran.

Masoud Younesian, an epidemiologist, also warned that the Omicron variant may rise for the third time in the country.

Hamidreza Jamaati, secretary of the National Scientific Committee of Coronavirus, said in July that if preventive measures such as wearing masks and injecting booster doses are adopted, we will not experience the rates of mortality that happened in March with Omicron or last summer with Delta.

“Various studies have shown that in the first trimester after two doses of the vaccine, there is a 70 percent and after six months, about 50 to 60 percent effectiveness against omicron and its subtypes, so our emphasis is on completing the vaccination.”