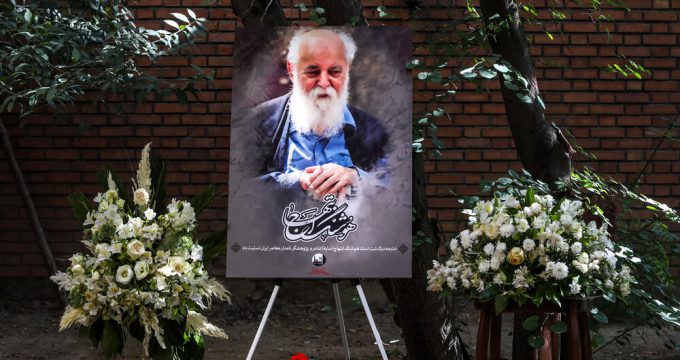 A German court ruled on Tuesday that the remains of Amir-Hushang Ebtehaj, the recently-diseased Iranian poet who resided in Cologne, may return home.

His body will be transferred to Rasht for burial at Mohtasham Garden, his daughter Yalda said on her Instagram.

She added that the date for his funeral will be announced later.

94-year-old Ebtehaj, who wrote under the pseudonym of “Sayeh”, died in his home in Cologne, Germany, on August 10.

He is survived by daughters Yalda and Assia, and sons Keyvan and Kaveh.

Initially, they had planned to send their father’s body for burial in his hometown Rasht, but the German court prevented repatriating him due to a complaint lodged by one of his daughters.

In a report published by the Persian service of ISNA on Sunday, it was stated that Assia apparently was opposed to the plan to bury her father in Iran.

The report quoting some analyses on social media also said that the disagreement arose after some attempts were made by cultural officials in Iran to organize an official funeral for the poet. The family considered the attempts as an exploitation of the identity of their father.

Following the death of Ebtehaj, Iran’s Ministry of Culture and Islamic Guidance said that it is ready to transfer Ebtehaj’s remains from Germany for burial in his homeland.

Ebtehaj was scheduled to arrive in Tehran last Wednesday. His funeral was planned to be held in his hometown of Rasht on Friday after a public farewell to the poet in front of Tehran’s Vahdat Hall on Thursday.

However, all the arrangements were canceled after the culture ministry said that the transfer of Ebtehaj to Iran was postponed allegedly due to some official issues in Germany.

Meanwhile, there were also requests for permission from Iranian officials to bury Ebtehaj in his Tehran home under a Judas tree, for which he composed a poem.

The Ministry of Cultural Heritage, Tourism and Handicrafts denied the requests due to a law forbidding any burial in a historical site in Iran.

Located in Anushirvan Street near Ferdowsi Square, Ebtehaj’s house was registered on the national cultural heritage list in 2008.