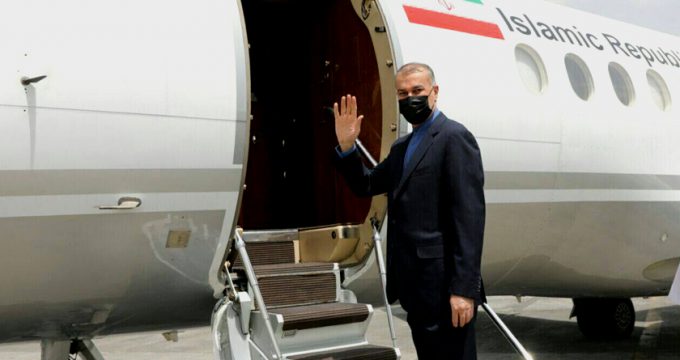 Heading a high-ranking political and economic delegation, the Iranian top diplomat arrived in the Malian capital of Bamako on Tuesday morning.

Upon his arrival, Hossein AmirAbdollahian was welcomed by Malian Foreign Minister Abdoulaye Diop.

Before his departure to Africa, the Iranian foreign minister has already said that expansion of relations with the African countries is Islamic Republic’s priority.

The current Iranian government has more serious attention to Africa than the previous administrations, AmirAbdollahian has underlined.

AmirAbdollahian also held a meeting on Tuesday with Colonel Assimi Goïta, interim President of Mali, to discuss bilateral relations and some international issues.

The first Iran-Mali joint economic commission was also held during the visit of the Iranian foreign minister to Mali.

The Memorandum of Understanding (MoU) of the Joint Commission on Cooperation and the document to follow up of the Joint Economic Commission of Iran and Mali was signed in Bamako on Tuesday.