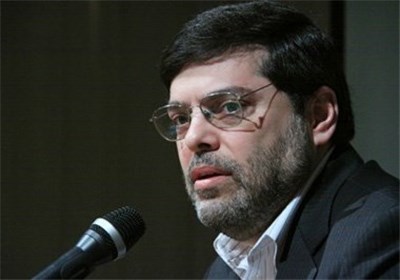 No deal to be implemented before IAEA closes anti-Iran file

An adviser to the Iranian negotiating team in the Vienna talks reacted in a tweet to the alleged report of Westen media that Iran has dropped some of its demands in the negotiations.

“Very misleading. I’ve said for MONTHS, removing the Guards from the FTO is not a precondition,” wrote Marandi in a Tuesday tweet in reaction to the report of Reuters quoting a US official that Iran has dropped some demands for the nuclear deal.

“No deal will be implemented before the IAEA Board of Directors PERMANENTLY closes the false accusations file. Iran’s nuclear program will not be dismantled,” he stressed.

Reuters in an exclusive report claimed quoting a senior US official that Iran has dropped some of its main demands on resurrecting a deal to rein in Tehran’s nuclear program, including its insistence that international inspectors close some probes of its atomic program, bringing the possibility of an agreement closer.

It further claimed that the official who spoke on condition of anonymity because of the sensitivity of the matter told that although Tehran has been saying Washington has made concessions, Iran has dropped some of its key demands. “We think they have finally crossed the Rubicon and moved toward possibly getting back into the deal on terms that President Biden can accept,” the official added. “If we are closer today, it’s because Iran has moved. They conceded on issues that they have been holding onto from the beginning.”

Iran had already largely relented on its demand that the United States lift its designation of the Iran Revolutionary Guard Corps as a foreign terrorist organization (FTO) entity, the official said, Reuters reported.

According to the report, the official said that gaps remain between the United States and Iran and that “it could take a little longer” to come to a final agreement if one is possible. “We’re studying Iran’s response now and we’ll get back to them soon,” the official said.

According to Reuters, the US official also claimed, “If we get this deal, yes, we do lift some sanctions, but Iran has to dismantle its nuclear program.”

In quitting the agreement, Trump restored sanctions on Iran as part of what he called the “maximum pressure” campaign against the country. Those sanctions are being enforced to this day by the Joe Biden administration, even though it has repeatedly acknowledged that the policy has been a mistake and a failure.

Numerous rounds of indirect negotiations in Vienna and Doha between Tehran and Washington over the past 16 months have failed to secure a path back to the deal.

But earlier this month, the European Union presented what it has described as a “final text” to a renewed deal. Iran submitted a response to the draft last week, which EU foreign policy chief Josep Borrell has described as “reasonable“.

“What matters so far is [the] procrastination from the American side on offering a response,” Iranian Foreign Ministry Spokesman Nasser Kan’ani told reporters on Monday.