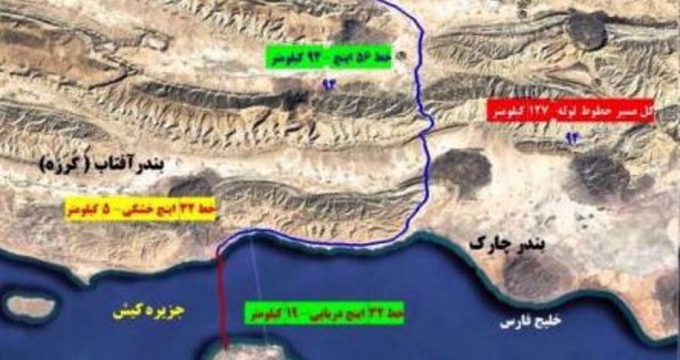 Natural gas is finally available through pipelines to Iran’s resort island of Kish in the Persian Gulf as the island prepares to host visitors from Qatar during the World Cup 2022 tournament.

The report said, however, that natural gas supply through pipelines to Kish would allow the government to save around $320 million in annual spending to supply fuels to the island.

It said that Kish used to take delivery of 7,000 tons of liquefied petroleum gas (LPG) and 500 million liters of gas oil per year to meet its energy demand.

A report by the official IRNA news agency said the project would also lead to a significant reduction in fuel smuggling in the Persian Gulf.

It added that domestic companies involved in the project had carried out some 127 kilometers of pipe-laying, including 18 kilometers of 32-inch subsea pipelines, to connect the Kish island to the Line 7 of Iran’s natural gas grid.

Iran has spent heavily in recent years to expand its natural gas network despite facing a raft of American sanctions that restrict the country’s access to foreign investment and technology.

Government figures show natural gas is currently available through pipelines to more than 85% of Iran’s population of more than 85 million people.

Bringing a stable supply of gas to Kish and its power plants come as the island prepares to host tourists from Qatar during the World Cup tournament in November and December.