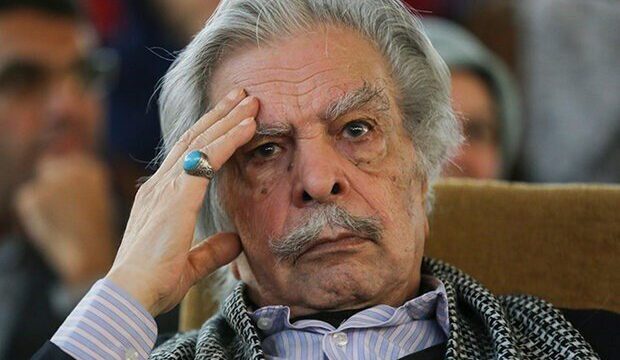 Iranian voice actor Manuchehr Esmaeili dies at 83, did multiple parts in one film

Manuchehr Esmaeili, an Iranian artiste who was so highly skilled in his art that he was able to voice several different characters in the same film, died from heart failure in his home in Tehran on Monday. He was 83.

“He was at home after spending several days at the hospital and unfortunately he passed away from heart failure last night,” his colleague, Mojtaba Naqiei, told the Persian service of MNA on Tuesday.

He was best known for his ability to produce multiple voices. Due to this unique talent, many Iranian film directors in the 1960s, 1970s, 1980s and 1990s employed him to voice several different characters in the same film.

One of these filmmakers was Ali Hatami, known as the Hafez of Iranian cinema due to the native and poetic ambiance of his movies.

Esmaeili lent his voice to three characters in each of Hatami’s TV series, “Hezardastan” and his film “Mother”.

Born in Kermanshah, Esmaeili moved to Tehran along with his family and began his studies in a school for Islamic sciences where he was assigned the daily task of reciting verses of the Holy Quran at the beginning of the class.

However, theater was his first interest. Due to his father’s strong opposition, he never could pursue this interest during his adolescence. His father’s disapproval, could not stop him; during his high school years, he performed in several plays along with his classmate, Behruz Vosuqi, who later turned out to be a star in Iranian films during the 1970s.

Due to his desire for dramatic arts, Esmaeili quit high school when he was 18.

Dariush Films, a studio that offered courses on voice acting and hired its top graduates to dub Iranian films in Italy, published an advertisement that led Esmaeili to the voice acting field.

His work won great acclaim from critics such as Parviz Davai. He also worked in Victor Tourjansky’s 1959 adventure drama “Prisoner of the Volga”.

Esmaeili earlier said that he reached his zenith in 1961 with his work in William Wyler’s 1959 “Ben-Hur”.

He lent his voice to numerous characters played by dozens of film stars, including Steve McQueen, Humphrey Bogart and Anthony Quinn.

He worked as a voice actor and dubbing director in over 200 films and series, which achieved him recognition and respect as “an eternal voice”.

“The 1960s and 1970s were the golden age of Iran’s dubbing, as the works done during the decades demonstrate. It was like Hollywood, which was once pure and clean, but at present, it is not so,” Esmaeili said in an interview published by ISNA in 2007.