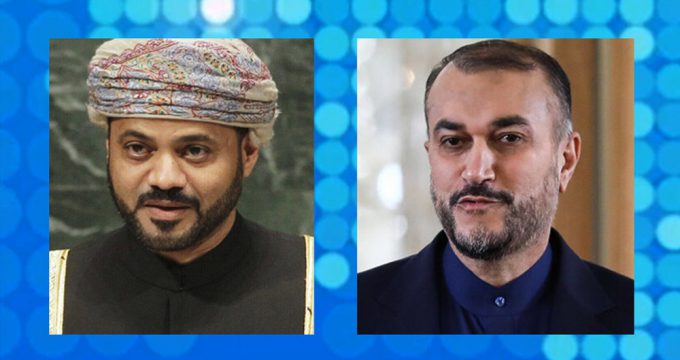 “No good, durable agreement until everything is agreed”

Iran foreign minister stressed his country’s good intentions and seriousness in reaching a good and durable agreement in Vienna talks, adding that there will be no good and lasting agreement until everything is agreed upon.

Hossein AmirAbdollahian made the remarks in a telephone consultation with his Omani counterpart Sayyid Badr Albusaidi on Thursday.

The Iranian foreign minister stressed Iran’s good intention and seriousness in reaching a good and durable agreement and said, “After receiving the United States’ viewpoints, we will see if Iran’s economic benefits from the agreement as well as meeting our red lines are guaranteed, We will enter a new stage in Vienna. Until everything is agreed upon, we cannot speak with certainty about reaching a good and durable agreement.”

He also pointed to the constructive role played by Oman during the negotiations on the removal of sanctions against Iran and appreciated the neighboring country’s efforts to bring the views of the different parties closer to each other.

He further pointed to the arrest of an Iranian pilgrim during this year’s Hajj by the Saudi police and emphasized the need for his immediate release.

The Omani FM, for his part, promised to follow up on the pilgrim’s case within the framework of the friendly relations between the two countries.

Badr Albusaidi also voiced hope that “we will witness a satisfactory outcome from the Vienna talks with the through cooperation of all parties.”