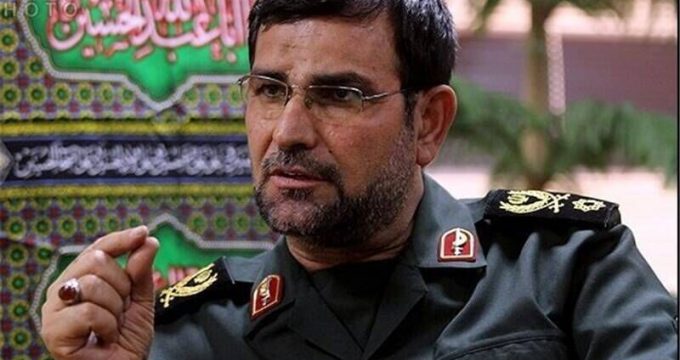 Collaboration with the Zionist regime will disrupt and threaten stability and security in the Persian Gulf region, an Iranian commander said.

The commander emphasized that the Islamic Republic of Iran gives importance to the security of neighboring states, and considers their stability and security as its own well-being.

However, we caution every country that paves the ground for intervention and presence of arrogant powers in the region or provides them with military bases that they would pay the most price for the provocative and unfriendly attitude, and cause insecurity in the region, Tangsiri said.

The Islamic Republic feels that it enjoys the brotherly relationship with the neighboring states in the Persian Guld region, he noted, adding that Iran plans to have amicable ties with all regional countries on the basis of Islamic unity.

It should be mentioned that the presence of the Zionist regime in every area has left nothing but looting, sowing discord and occupation, he argued.

The IRGC naval forces are very sensitive to threats and seditions by the enemies, he said, noting that the forces will not hesitate to respond to any threats, because preserving the Islamic country’s territorial integrity and independence is of great importance in the eyes of the commanders and personnel of the IRGC.

The 22nd biennial conference of IRGC Navy commanders and officials was held in the holy city of Mashhad.