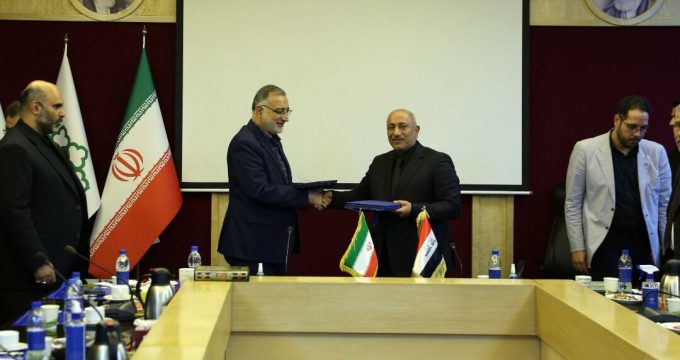 Karbala governor,  Nasif Jassim al-Khattabi held a meeting with Tehran Mayor, Alireza Zakani in Tehran, and the both sides signed a Memorandum of understanding (MoU) for Tehran, Karbala as sister cities.

This MoU aims to develop the bilateral cooperation between the two cities of Karbala and Tehran beyond Arbaeen observance.

Recently, Municipal officials of Iranian city of Tabriz and Iraqi holy city of Karbala announced the two cities as sisters.