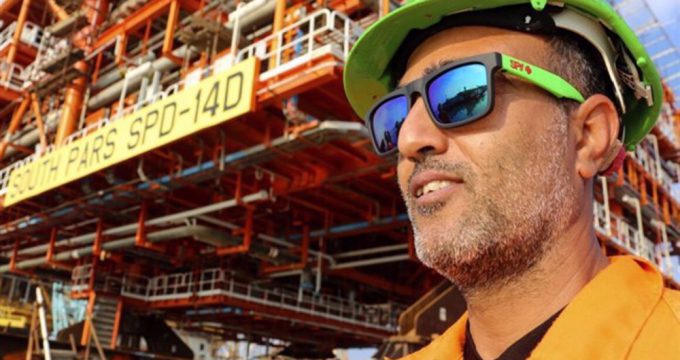 The Europeans are watching Iran’s energy market more closely than any time.

An EU embargo on Russian crude that takes effect in December and the limited capacity of other Middle East producers to supply additional barrels has reinforced the appeal of Iranian crude and gas in Europe, which faces a harsh winter of fuel shortages.

“It would be positive for the supply side of crude and gas. Lower prices for all of us,” Energy Intelligence wrote, citing a trader with a refinery in southern Europe.

European refiners are among those with most at stake in the negotiations to remove US sanctions on Iranian oil exports.

Late Monday, Iran provided a qualified response to a draft text of an agreement proposed by EU coordinator Josep Borrell.

According to the unnamed trader, around 1 million barrels per day of seaborne Russian Urals is currently going to Rotterdam and the Mediterranean. That’s roughly the same additional quantity of similar crude that Iran could export if sanctions were lifted.

According to Energy Intelligence, most of the Iranian crude that headed west of Suez between the lifting of sanctions in January 2016 and the unilateral US decision to reimpose them in May 2018 went to the Mediterranean, specifically Turkey, Italy, France, Greece and Spain.

Total exports to Europe and Turkey in the two years up to the return of US sanctions averaged 684,000 barrels per day, the energy information website said.

Most of European refiners, it said, would be willing to resume their intake of Iranian crude. One of the larger ones had even told Energy Intelligence earlier this year that they had stayed in contact with National Iran Oil Co. (NIOC) and were ready to fly to Tehran, it said.

“The quality of Iranian crude is fine for us,” another former buyer said.

France’s TotalEnergies, Spain’s Cepsa, Italian refiner Iplom, and Litasco, and the trading arm of Russia’s Lukoil were among the first European companies to resume exports from Iran after the country reached a nuclear agreement in 2015.

The demand picture has changed significantly and become even more elastic since 2016, Energy Intelligence said.

“Countries in northern and eastern Europe that previously took very little Iranian crude and depended heavily on Russian oil, such as Germany and Poland, could be among those most interested in signing term contracts with Iran if the chance arises,” it said.

On Friday, Iran’s Pars Oil and Gas Co. completed offshore pipelay on the gas transmission line of the first platform of the South Pars Phase 11 development in the Persian Gulf.

According to the Iranian petroleum ministry’s news service Shana, the C-Master vessel started installation of the system taking gas from platform 11B on July 28.

The scope covered a 32-inch sour gas pipeline and a 4.5-inch monoethylene glycol injection pipeline, about 15 km long, connected to the 18th km of the pipeline from platform 12C (part of South Pars phase 12).

The new export system will take 28 MMcm/d of gas produced through platform 11B to the Phase 12 onshore refinery in the Pars 2 Kangan region.

First-phase work for South Pars Phase 11 includes installation of a jacket and the platform 12C topside, and drilling and completion of four wells on the South Pars gas field.

In the Persian Gulf, Iran’s South Pars Field—shared with Qatar, where it is known as the North Field—is the world’s largest offshore gas source but contains highly sour gas.