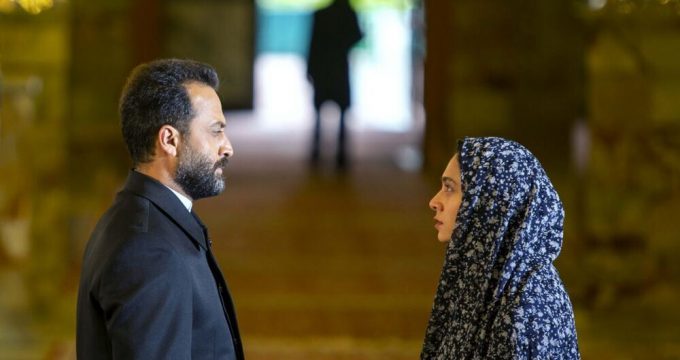 Seven Iranian movies will be competing in the Moscow International Film Festival.

“No Prior Appointment”, “Emad and Tuba Romanticism”, “Sea Boys”, “Wolf Cubs of Apple Valley”, “The Reversed Path”, “Breeze” and “Don’t Breathe” will be screened in different sections of the 44th edition of the festival, Iran’s Farabi Cinema Foundation announced.

The festival will take place in the Russian capital from August 26 to September 2.

Directed by Behruz Shoeibi, “No Prior Appointment” is about Yasmin, a woman who when she was six, the same age as her son, immigrated with her family to Berlin. Now she has to come back to Iran due to her father’s death. Her son is suffering from autism and it makes it difficult for her to travel easily. In her short stay in Iran, she achieves a new understanding of humanity and death.

“Sea Boys”, written and directed by Afshin Hashemi and Hossein Qasemi-Jami, tells the story of two boys from northern and southern Iran who are forced to live apart from their families.

Directed by Fereidun Najafi, “Wolf Cubs of Apple Valley” shows a shot that rings out in the valley, and then Asho’s friend drops to the ground. The rifle bullet was meant for Asho; his father is wanted for murder and he, too, is being hunted. To evade those who are looking for him, Asho is forced to dress up as a girl and hide at his aunt’s house. In his hunt for answers, he heads out to Apple Valley with his cousin, Pari, to look for his mother, who he has always believed to be dead.

Director-writer Abolfazl Jalili has made “The Reversed Path”, also known as “The Contrary Route” based on his life story.

The film follows Emkan, a 17-year-old teenager who has not seen his father for many years and his mother works in a factory until late at night. He has a small recording camera and he decides to make a film to give a twist to his routine life. Although Emkan is not very proficient, he tries his best to achieve his goal.

“Breeze” by Hamidreza Qasemi follows an Iranian who has grown up in a European country. After the death of his parents, he goes to Iran, as it seems to him to be his homeland, but Iran turns out not to be the country he imagined, nor the one his parents told him about.

The short film “Don’t Breathe” has been written and directed by Milad Nasimsobhan.

To exert more tyranny and oppression, the ruling power has done something to its dissenters so that they exhale smoke when they breathe, and the agents must take such people into custody wherever they find them.

The Moscow festival will open with a screening of the Russian historical drama, “Land of Legends” directed by Anton Megerdichev, and wrap up with the Korean drama, “Decision to Leave” by Park Chan-wook.