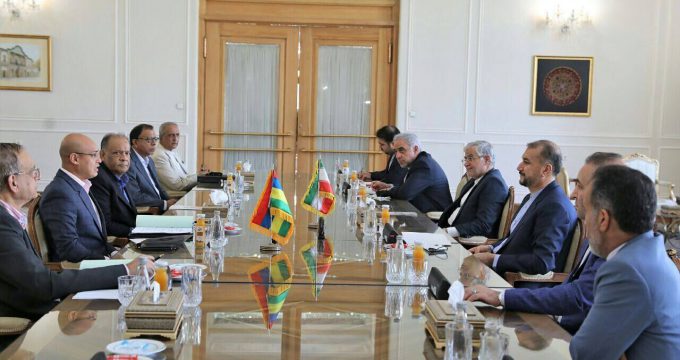 Iran’s Foreign Minister Hossein Amirabdollahian said on Monday that the country welcomes the expansion of ties with the Republic of Mauritius.

The top Iranian diplomat made the remark as he hosted a Mauritian political and economic delegation led by Labour Minister Soodesh Satkam Callichurn in Tehran.

Amirabdollahian said that the two countries can expand their cooperation in sectors like trade, economy, agriculture and tourism.

Callichurn, on his part, said that his country is willing to broaden cooperation with Iran in those sectors, which he said indicates Mauritius’ political determination to expand ties with Iran.