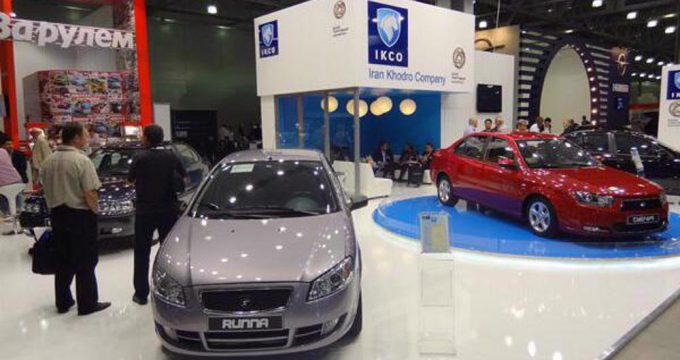 Iran Khodro, the Middle East’s leading automaker, is eyeing Russia’s large market which the Europeans have abandoned amid the raging Ukraine conflict.

Mehdi Khatibi, Iran Khodro’s managing director, says the carmaker is prioritizing exports to Russia which has a lot to learn from the Islamic Republic about how to take the West’s expanding sanctions in its stride.

“We are going to pay special attention to the Russian market, and we are also thinking of partnering with Russian investors,” Khatibi was quoted as saying.

“We have held good negotiations with Moscow. The Russian market, with its capacities, will be one of our important markets,” he added.

On Sunday, Iran Khodro unveiled Rira, the latest model of its crossover vehicle, at its factory west of Tehran, with Khatibi saying the manufacturer will begin exporting to Russia this year.

Iran Khodro’s first exports to Russia occurred notably between 2007 and 2009. Some Iran-made automotive components such as engine cooling systems, suspension and casting parts have been exported to the Russian market in recent years.

The automaker’s vice president, Kianoush Pourmojib, outlined plans to improve the quality of vehicles churned out by Iran Khodro.

He pointed to increased exports to Azerbaijan over the past five years, saying the manufacturer also intends to compete in other markets such as Oman and Iraq.

“In volume, it is of course Russia that is the most important,” he noted.

This year, Iran Khodro will produce more than 500,000 vehicles, Khatibi said. The company’s goal within three years is also to export 100,000 vehicles annually, compared with fewer than 20,000 currently, he added.

The Ukraine war has upended car production in Russia which is the eighth-largest automotive market in the world. Several global manufacturers have halted deliveries to Russia, while others have been forced to pause production due to a lack of parts.

In May, Iran’s official news agency IRNA said a leading Russian automotive company had sounded out Iranian parts and equipment manufacturers on the possibility of supplying its production lines with required products.

Iran’s auto sector has started standing on its own feet after years of reliance on imported car kits which foreign companies stopped supplying when the US reimposed sanctions on the Islamic Republic in 2018.

Iranian automakers picked up the slack after France’s Peugeot and Renault exited Iran along with other international companies in the wake of US sanctions which created a supply crunch which saw car prices vault to unprecedented highs.

The crisis forced Iran Khodro, Saipa and other companies to pool up local resources to produce Iranian-made vehicles, with the defense ministry joining in to manufacture some of the hi-tech parts which Iran used to import.

Local manufacturers are now producing a wide range of parts. Western sanctions on Russia and Iran have prompted the two countries to boost cooperation in key areas to help prop up their economies.

Putin has ordered his government to quickly come up with new measures to support the domestic car industry amid a crunch on demand from Russian buyers and severe logistics problems as a result of Western sanctions.