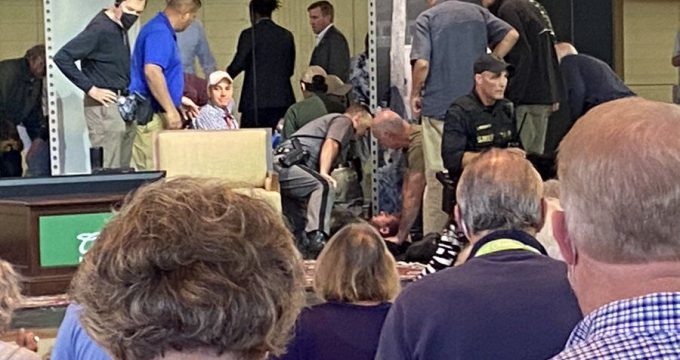 According to the Associated Press, Salman Rushdie has been attacked onstage at an event in New York state.

Salman Rushdie, the apostate author of the Book of Satanic Verses, was attacked while he was in New York.

An Associated Press reporter witnessed a man storm the stage at the Chautauqua Institution and begin punching or stabbing Rushdie as he was being introduced.

The author was taken or fell to the floor, and the man was detained.

Rushdie is the author of “The Satanic Verses”, a blasphemous novel about Islam that was published in 1988.

The book sparked Muslims’ outrage, which culminated in a fatwa by Imam Khomeini, the founder of the Islamic Republic, calling for Rushdie’s death.