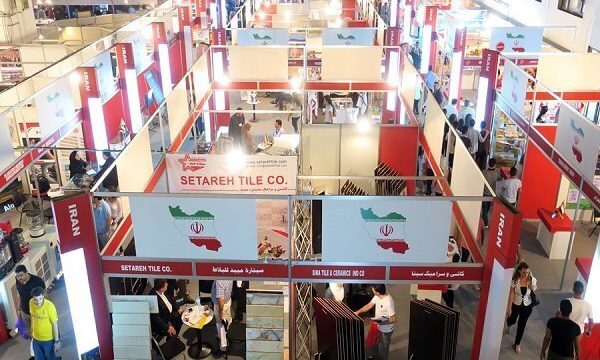 An exclusive exhibition of Iranian products will be held in the Russian capital Moscow during September 7-10, concurrent with the inauguration of Iran’s Trade Center in that country.

This exhibition will be held with the aim of boosting Iran’s non-oil exports, with the presence of Iranian companies, as entrepreneurs and market experts from the member countries of the Eurasian Economic Union (EAEU) are also invited.

Iran and Russia have been taking serious steps for boosting their mutual trade over the past few years.

In late January, Iranian President Ebrahim Raisi said that the Islamic Republic and Russia have reached an agreement to boost the trade between the two countries up to $10 billion.

“We agreed to remove trade barriers and boost the economic exchanges between the two countries. Currently, the level of mutual trade is not acceptable, so the two countries agreed to increase trade to $10 billion a year,” Raisi said on January 21, upon arrival to Tehran after a two-day visit to Moscow.

The imposition of sanctions on both countries has been a major factor in bringing the two sides closer together, making them a strong alliance against U.S. pressures. Over the past few months, senior officials from the two sides have been meeting and visiting each other to consolidate bilateral cooperation in various fields, including energy, oil, gas, and transit, as well as diplomatic and political relations.

As the most significant event among the mentioned exchanges, Russia’s President Vladimir Putin visited Tehran on July 19 to attend the 7th Summit of the Guarantor States of the Astana Process.

During his visit to Tehran Putin met with Leader of the Islamic Revolution Ayatollah Seyed Ali Khamenei and President Raisi and exchanged views on the recent development in the world and in the relations between the two countries.

In these meetings, the two sides reached new agreements and stressed the need for taking the necessary measures for broadening political and economic ties between the two countries in order to nullify the impacts of the U.S. sanctions.

Among other issues, Tehran and Moscow have been negotiating a free trade agreement to ensure acceleration in the economic relations between the two countries.

According to Kambiz Mir-Karimi, the deputy head of the Iran-Russia Joint Chamber of Commerce, the two sides have been implementing a preferential agreement that is applied to several commodity items since 2018, however, turning this preferential agreement into a free trade agreement would mean that 80 percent of the items exchanged between the two countries will be subject to free trade and will have zero tariffs.

“Negotiations on this issue are progressing rapidly, as Iran is also in talks with the Eurasian Economic Union (EAEU)to reach a free trade agreement as well,” he said.

Meanwhile, as the International North-South Transport Corridor (INSTC) has become a major focal point for Russia to achieve its trade goals, once again, this has brought Iran to the center of attention for the federation as a significant part of the mentioned corridor passes through Iran on the way to access South East Asia.

To this end, Russia has recently signed an agreement with Iran for the transit of up to $10 million worth of goods through the Islamic Republic. The country is also making new investments in Iran’s transportation projects along the INSTC routes.

The new developments in the political relations between Iran and Russia depict a bright outlook for the two countries’ economic relations as well.

The two countries have also taken significant steps for removing the U.S. dollar from their bilateral trade, launching a settlement system to use their national currencies in economic exchanges.

The new arrangement means the two countries can now settle trading debts in each other’s currencies. The first trade took place on July 19, the day that Russia’s President Vladimir Putin arrived in Iran for talks with Leader of the Islamic Revolution Seyyed Ali Khamenei and President Ebrahim Raisi.

The new trading arrangement allows them to avoid the use of dollars and, by doing so, also sidestep the impact of the U.S. sanctions.

Iranian officials say they plan to expand the new bilateral settlement system to include the currencies of other key trading partners, including the Turkish lira, the Indian rupee, and the United Arab Emirates (UAE) dirham.

“We will offer other currencies in the future to have a diversified basket and to reduce the influence of currencies like the dollar,” Saleh-Abadi said on July 21.

If that happens, the effect will be to create a network of agreements enabling Iran to carry out trade without having to resort to the dollar or the euro.