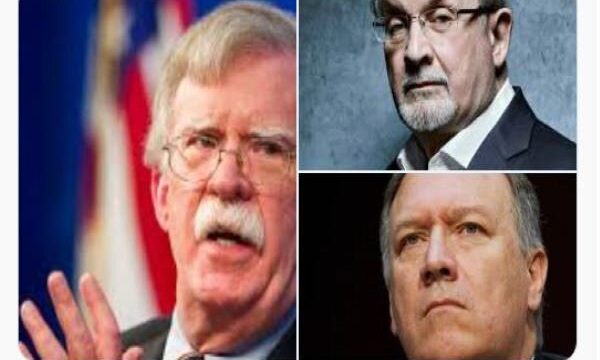 Advisor to Iran negotiating team reacts to attack on Rushdie

An advisor to the Iranian negotiating team reacted to the attack on Salman Rushdie, the author of a blasphemous anti-Islam book, and described it as an odd incident regarding the ongoing Vienna talks.

“I won’t be shedding tears for a writer who spouts endless hatred & contempt for Muslims & Islam. A pawn of empire who poses as a Postcolonial novelist,” Mohammad Marandi, who is also vice-president for international affairs at the University of Tehran tweeted in reaction to the news about Salman Rushdie, the author of a blasphemous anti-Islam book, who was attacked Friday during an event in New York.

“But, isn’t it odd that as we near a potential nuclear deal, the US makes claims about a hit on Bolton… and then this happens?” Marandi also added.

Salman Rushdie has been attacked on stage during an event in New York, according to US media.

After stabbing, Rushdie was flown to UPMC Hamot Surgery Center in Erie, Pennsylvania, and underwent surgery. Andrew Wylie, Rushdie’s agent, said he was on a ventilator with a damaged liver, severed nerves in an arm and an eye he was likely to lose.

Marandi’s tweet comes as the US Department of Justice issued a statement on Wednesday claiming that an Iranian citizen who is a member of the Islamic Revolutionary Guard Corps has been accused of attempting to assassinate John Bolton, former National Security Advisor of the United States.

“US’s growing rhetoric about a politically bankrupt element, a prominent terrorist and a coup plotter against independent countries and governments, is an escape forward with the aim of escaping from responsibility for an international crime,” Nasser Kan’ani, Iranian Foreign Ministry wrote in a tweet on Friday in reaction to the claims leveled against an alleged IRGC member by the US Department of Justice who accused him of plotting to kill former US National Security Advisor John Bolton.