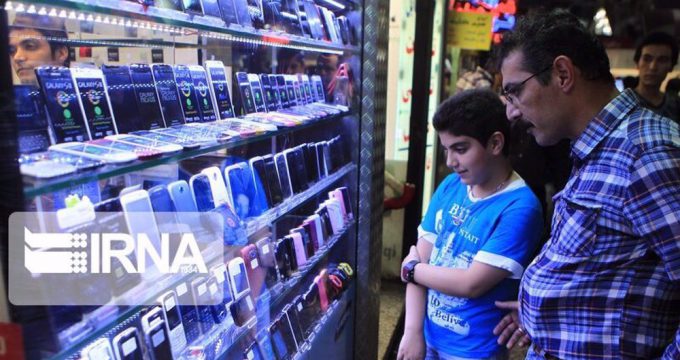 Iran’s mobile phone imports down 19.1% in 4 months to July

Imports of mobile phones into Iran dropped significantly year on year in April-July amid reported restrictions on imports of luxury phones into the country.

Figures announced on Thursday by Iran’s association of mobile phone importers (CPMA) showed that the country had spent $970 million on imports of mobile phones in the four calendar months to July 22, down 19.1% against the same period last year.

The figures showed that around four million mobile phones had been imported into Iran in April-July, down from around six million devices brought in over the same period last year.

Mobile phones priced above $600 had accounted for more than 6% of the shipments imported into Iran over the period, showed the figures.

The figures come months after reports suggested that Iran had imposed restrictions on the imports of luxury mobile phones, including those produced by US based company Apple Inc.

Authorities have not openly confirmed such restrictions have been enacted but mobile importers say they have had difficulties getting government-subsidized foreign exchange to fund their shipments.

CPMA secretary said that the drop in imports of mobile phones into Iran this year was also due to a glut in the market that was caused by excessive imports in the year to late March.

Amir Es’haqi said that around 2.3 million mobile phones were still unsold in the Iranian market.

Es’haqi said, however, that Iranian mobile phone importers had made around $8 billion worth of orders in April-July this year of which some $2 billion had been approved by authorities for receiving government-subsidized foreign exchange.