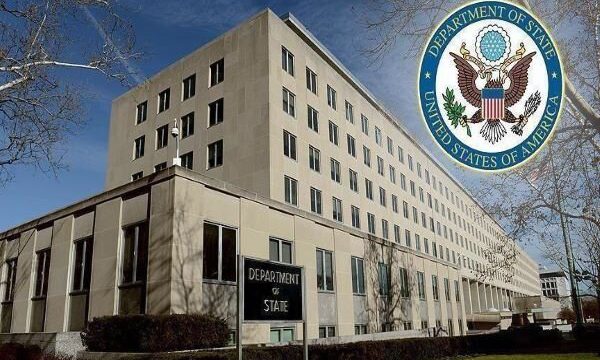 US reacts to launching of Khayyam satellite into space

US officials have reacted to the Iranian “Khayyam” satellite launched into orbit from the Moscow-operated Baikonur cosmodrome in Kazakhstan.

“Russia deepening an alliance with Iran is something that the whole world should look at and see as a profound threat,” a State Department spokesman claimed in an email exchange with Anadolu Agency.

Roscosmos chief Yury Borisov hailed the launch as a “landmark event in the Russia-Iran bilateral cooperation that paves the way for implementing new” joint projects.

Equipped with a Fregat upper stage, the Khayyam satellite was sent into orbit on Tuesday by Soyuz-2.1b rocket, from the Baikonur Cosmodrome in neighboring Kazakhstan.

According to the reports, the satellite will be placed in an orbit of 500 kilometers above the Earth’s surface. It will send high-resolution images four times a day. Imagery from Khayyam will be used to monitor Iran’s borders and improve the country’s capabilities in management and planning in the fields of agriculture, natural resources, environment, mining, and natural disasters.

Earlier on Tuesday,  Iranian foreign ministry spokesman Nasser Kan’ani in a tweet, “The launch of the Khayyam satellite into space is the Iranian scientists’ latest aerospace achievement, which serves peaceful purposes, and is yet another shining page in the history of Islamic Iran’s scientific honors.”

“The brilliant path of the Islamic Republic of Iran’s scientific and technological advancements continues forward, despite the enemies’ sanctions and maximum pressure,” he added.