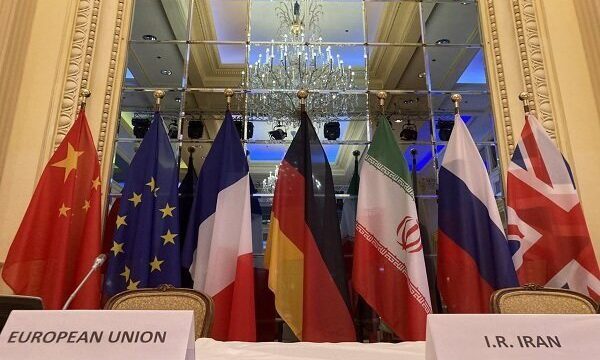 Vienna talks step forward, draft to be discussed in capitals

The results of the Vienna talks are to be discussed in the capitals of the involved countries and despite progress made contrary to western media claims it is too early to talk about reaching an agreement.

The negotiations to revive the 2015 nuclear accord with Iran through removing US sanctions on the country have dragged on since April 2021. While the Biden administration has claimed to be ready to return to compliance with the deal which its predecessor abandoned in 2018, it has taken no practical measures to undo Washington’s past wrongs.

While the parties noted progress in multiple rounds of talks, the indecisiveness shown by the US has prevented any significant breakthrough.

The Islamic Republic, the outlet said, has clearly announced from the beginning that it will not sign a text until it is sure of an agreement on all the discussed issues that will fully secure the interests of the Iranian nation.

After several months of impasse, the Vienna talks resumed on Thursday. Expert-level negotiations have been held between Iran and the P4+1 group of countries.

After 5 days of intensive negotiations among the negotiating delegations present in Vienna, Iran’s positions were shared with the other parties and relative progress has been achieved on some issues.

German, British and French delegations were not present in this round of negotiations.

European Union’s coordinator in Iran nuclear talks Enrique Mora on Monday presented new ideas about some remaining issues, whose comprehensive review by Iran and other countries requires a more detailed review in the capitals.

Earlier on Monday, an Iranian foreign ministry official dismissed a Wall Street Journal report that a text for restoring the 2015 nuclear accord with Iran had been completed and that negotiations in Vienna were finished.

“Given the continuation of discussions on several important remaining issues, we are not yet at a stage where we can talk about the finalization of the text,” the unnamed official was quoted as saying by IRNA news agency late Monday.

“The negotiating team of the Islamic Republic of Iran has presented its constructive opinions to the other side with the aim of advancing the negotiations, and the outcome of the talks depends on the will of the other side to make the necessary political decisions,” the foreign ministry official said. “We still believe that if appropriate decisions are made by the other side, the negotiations can be concluded quickly, but we are not at this stage yet.”

Some reports by Iran’s Nour News, which is close to the country’s Supreme National Security Council (SNSC) indicate that despite the relative progress in the remaining issues, the progress in all issues is not the same.

Although it is still not possible to talk about the results of the negotiations, the latest 5-day talks in Vienna can be evaluated as moving forward, but with a slow process.

Similar to the previous rounds of talks, as soon as there is little progress in the negotiations, the Western media release untrue news and claim that Iran has retreated from its principled positions.

In this regard, an informed official present at the Vienna negotiations told Nour News that as in the previous rounds of talks, the Iranian negotiating team is still focused on achieving a strong, stable and reliable agreement, and this path will continue until the rights of the Iranian people are fulfilled and ensuring that the US’s extravagant and illegal behavior will not be repeated.

Iran’s foreign minister said any final agreement must meet the rights and interests of the Iranian nation and guarantee sustainable and effective removal of sanctions imposed on the country.

The Russian envoy to the Vienna talks Mikhail Ulyanov also said in a tweet on Monday that the JCPOA has all reasons to survive with all respect to all nuclear deal participants but as always the devil is in the details.