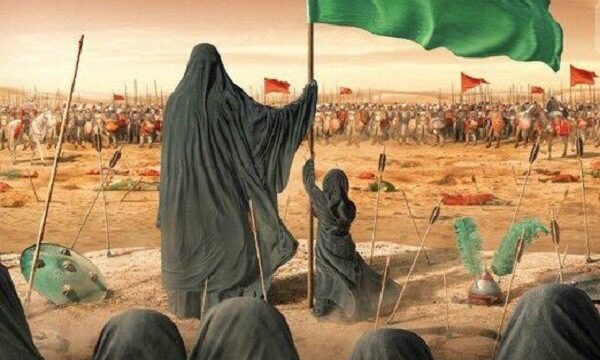 Ashura; The day that is marked across whole world

The Day of Ashura- the anniversary of the Battle of Karbala, when the 3rd Shia Imam, Hussein ibn Ali, a grandson of Prophet Muhammad, was martyred by the forces of Ubayd Allah ibn Ziyad – is marked across the world.

The Battle of Karbala or Battle of ‘Ashura in which Imam Hussain fought against an army from Kufa on Muharram 10, 61/October 10, 680 who were mercenary soldiers of Yazid b. Mu’awiya, the second Umayyad caliph. Imam Hussein sacrificed all he had, including his family, to teach a lesson to the whole world: Whatever it takes, never accept something that is not right.

The Battle of Karbala is the most sorrowful incident in the history of Islam, especially for the Shiites. Hence they hold huge mourning ceremonies every year during the first (10) days of Muharram. 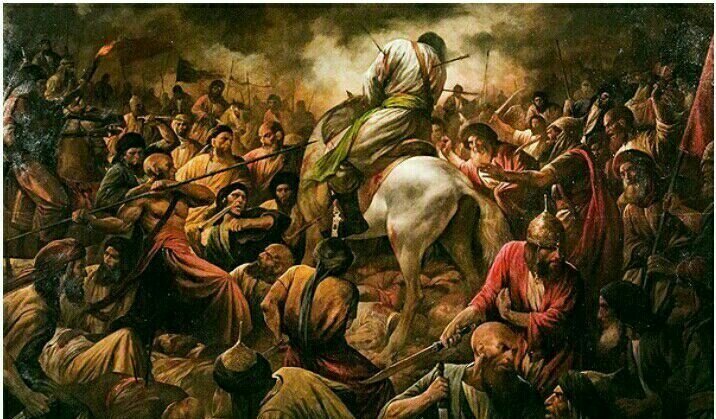 For Shia Muslims, Ashura is a solemn day of mourning the martyrdom of Hussein at Karbala in modern-day Iraq. It is marked by holding mourning rituals and passion plays re-enacting the martyrdom. Shia men and women dress in black also parade through the streets slapping their chests and chanting.

Muharram mourning ceremonies are one of the most important rituals and customs in Shia culture. Every year, Shias in every part of the world hold for the martyrdom of Imam Hussain (AS).

Muharram mourning is one of the important rituals not only in Iran but also in most countries of the world, and each country marks it in a different way according to its culture. 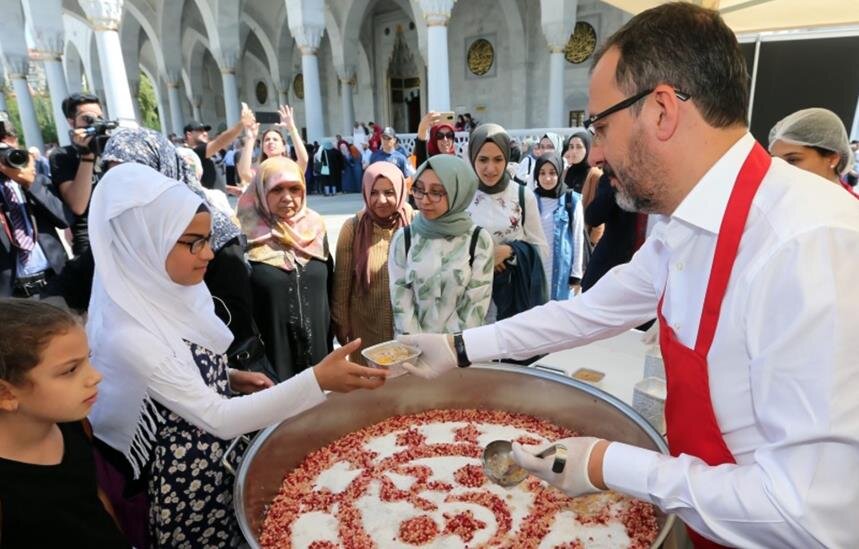 Shias in Turkey wear black clothes from the first day of Muharram to the day of Ashura. In some areas of Turkey, Muslims wear white shirts over their black clothes.

They gather early in the morning and perform a show that is an allegory of the battle of Karbala. This show is a kind of street theater but with a historical and religious background.

They also give free food to the people. 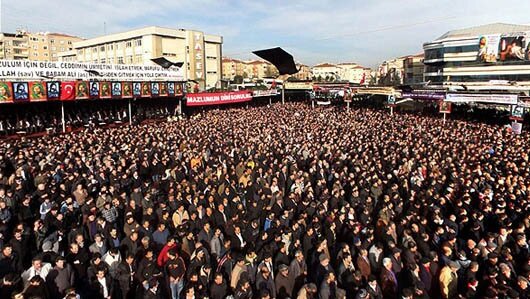 Muharram in the UK: 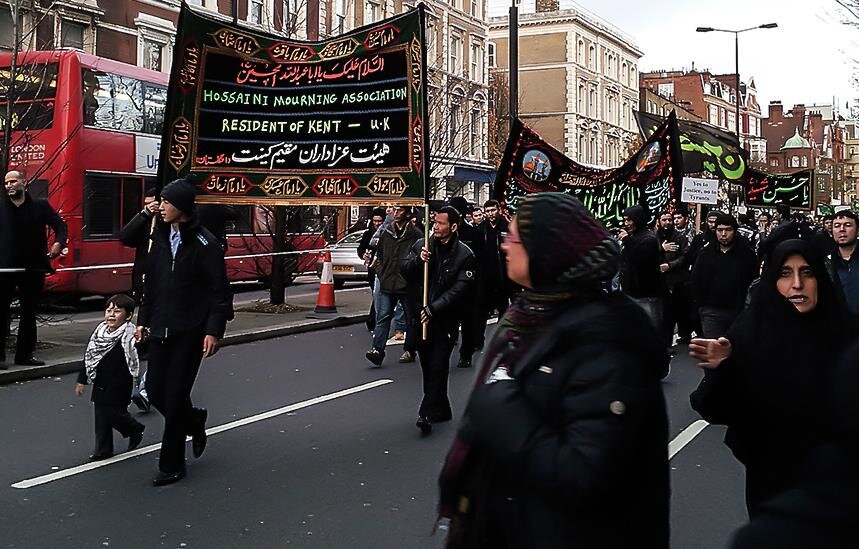 Every year, Muslims living in the United Kingdom hold a glorious mourning ceremony on the Day of Ashura.

Since the Muslims from different countries such as Iran, Afghanistan, India, etc. are living in this country, they set up mourning groups on the day of Ashura, perform prayer and reread what happened in the battle of Karbala.

Muharram in Switzerland and Denmark:

Muslims in these countries every year hold mourning Jalooses during the month of Muharram.

The footage shows the mourning ceremony held on 10th Muharram in Copenhagen Denmark in 2013.

Tunesian Shias during the month of Muharram refuse to eat fancy food.

Visiting the graves of their dead beloved ones and praying for them is another Muharram ritual in this country.

Muharram in the United States:

Just as in many other countries, the Muslims in the US hold mourning ceremonies and Jalooses to Mark Imam Hussain‘s sacrifices in the Karbala battle.

The closest Sunday to Ashura is named ‘Hussain Day’ in New York. The Manhattan Muslims also welcome foreign passers-by, for whom the rituals might be new, with red roses and letters describing the story of Karbala. 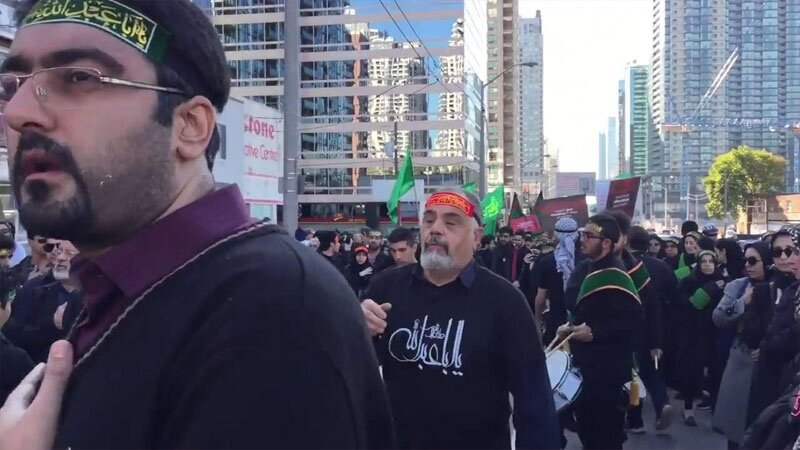 There are many Shiite groups living in different cities of Canada, each of which has special customs in holding religious occasions. Of course, in the month of Muharram, they organize a ceremony in a public way and in a joint manner, in which different nationalities participate. The joint mourning gatherings held in Canada are speech gatherings.

These speech gatherings try to focus more on the scientific and historical aspects of Ashura so that people can learn lessons from what Imam Hussein did.

Muslims of Canada also introduce Imam Hussein (AS) to others by installing posters in the public. 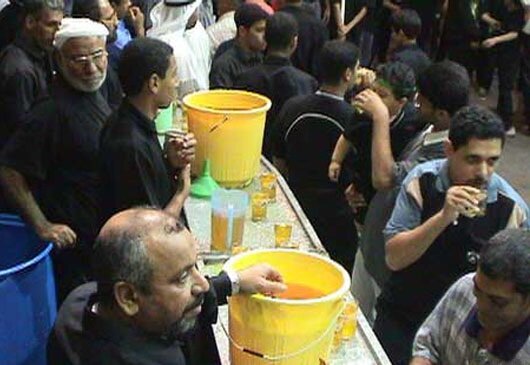 In Bahrain, the entire religious centers go black on the occasion of the arrival of the month of Muharram and black flags can be seen anywhere.

They hold mourning ceremonies, especially from the 7th to the 10th of Muharram, and also perform shows to simulate the battle of Karbala.

Offering free food to the public is another Muharram tradition there. 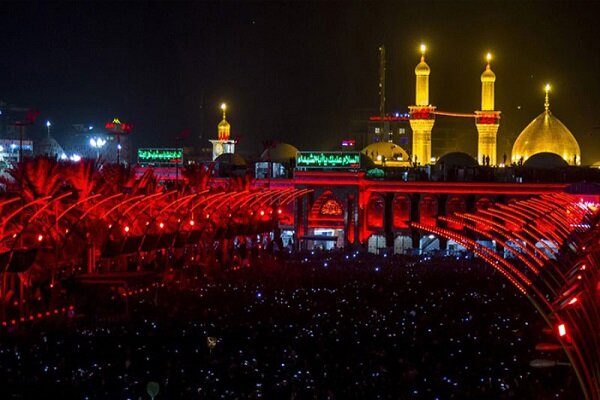 Muslims from across the world also do Karbala pilgrimages to visit the holy shrine of Imam Hussein (as) and the holy land of Karbala.

Ashura is an event that is significantly unique in the history of Islam, even the history of humanity. What Imam Hussein did in Karbala teaches high human values ​​and is an inspiration for free and God-seeking people until the end of history.

Honoring the event of Ashura by people all over the world, even non-Muslims is honoring humanity, courage and honesty.