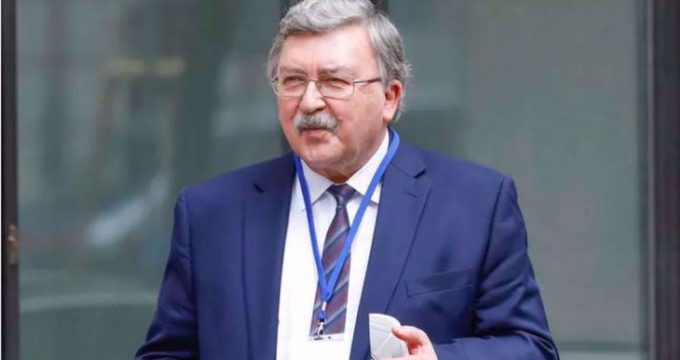 Permanent Representative of Russia to International Organizations in Vienna, Mikhail Ivanovich Ulyanov, described the atmosphere of negotiations to lift the sanctions in Vienna as serious and said that time passage will determine the outcome of the talks.

Ulyanov told IRNA in Vienna before his meeting with Iran’s Bagheri Kani that “the situation is not completely clear to me, but apparently, all parties are reaching a consensus on the final text.”

He added that reaching the finish line “may not be very easy, and time will tell if we succeed or not. But overall, the atmosphere of talks is serious”.

The Islamic Republic of Iran delegation in negotiations to remove the sanctions, headed by Ali Bagheri Kani, arrived in Vienna on Wednesday for continuation of the nuclear talks with world powers.

Bagheri Kani had earlier in the day held his first round of talks with Enrique Mora, as well as a round of bilateral talks with a deputy Austrian foreign minister.