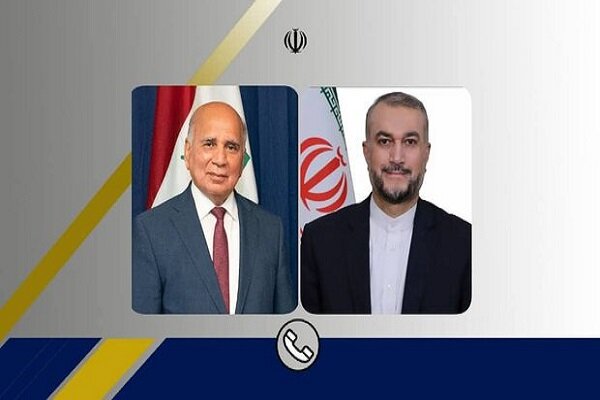 Iranian Foreign Minister Hossein AmirAbdollahian has sent an indirect message to Saudi authorities, calling on them to free an Iranian citizen who was arrested last month in the kingdom during the Hajj pilgrimage.

In a phone conversation with Iraqi Foreign Minister Fuad Hussein on Thursday evening, the Iranian minister followed up on the fate of the Iranian detainee, asking his counterpart to convey Iran’s call for the release of the citizen to Riyadh.

There is no immediate information available about the charges that the Iranian citizen is facing.

Iranian media outlets reported earlier that Saudi authorities arrested several Iranian pilgrims during this year’s Hajj on charges such as taking photos with the holy Kaaba or wearing a scarf bearing the photo of anti-terror commander Qassem Soleimani, who was assassinated by the US military in Iraq more than two years ago.

Those criticizes, however, were released after a few days.

During the Thursday phone conversation, AmirAbdollahian also thanked Baghdad for helping Iranians go on the Hajj pilgrimage this year.

This comes as Iraq has played the role of mediator between Iran and Saudi Arabia, hosting several rounds of negotiations between them since last April.

Earlier, AmirAbdollahian had expressed Tehran’s readiness to enter a new political and security phase with Riyadh, hoping that the measure would “eventually lead to the return of Saudi Arabia and the Islamic Republic of Iran’s relations to normal.”

Elsewhere in the conversation, the top Iranian diplomat pointed to wildfires that are burning reed beds in southern Iraqi regions, noting that the smoke of the fire is “seriously” affecting Khuzestan Province, southwest Iran.

AmirAbdollahian said Iran is ready to perform joint operations to put out the fire swiftly.

The Iraqi foreign minister, for his part, welcomed Tehran’s offer to assist his country in extinguishing the fire.

The two sides also conferred on a host of other issues of mutual interest including the latest status of the ongoing negotiations in Vienna on the removal of anti-Iranian sanctions by reviving the 2015 nuclear deal, which was abandoned by the US in 2018.