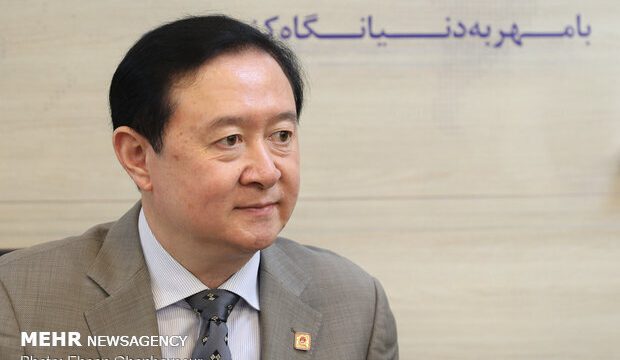 China envoy thanks Iran’s position regarding One China policy

Chinese Ambassador to Tehran Chang Hua appreciated the position of the Islamic Republic of Iran regarding the “One China” policy.

Referring to the recent telephone conversation between the presidents of Iran and China and Iran’s support for the ‘One China’ policy, Hua in a tweet on Tuesday wrote, “We appreciate Iran’s continued adherence to the One China policy.”

Iranian President Ebrahim Raisi in a phone conversation with Chinese President Xi Jinping on Friday said that respect for the national sovereignty and territorial integrity of countries is among the fundamental principles of the country’s foreign policy, voicing the Islamic Republic’s firm support for the ‘One China’ policy toward Taiwan.

He said the US interference in the internal affairs of countries is a continuation of Washington’s destructive policy of unilateralism, which is “now turning into a threat to international peace and security.”

Under the “One China” policy, nearly all countries across the globe recognize Beijing’s sovereignty over Chinese Taipei, including the US, which has no formal diplomatic ties with the territory but continues to support its anti-China stance and supply it with massive amounts of armaments.

Earlier on Tuesday, the Chinese Ambassador on his Twitter account also wrote, “China firmly opposes any interference in its internal affairs by external forces and allows no room for ‘Taiwan independence’ in whatever form.”

His tweets came as reports suggesting that an American delegation led by  US House of Representatives Speaker Nancy Pelosi is expected to arrive in Taiwan on Tuesday during their Asia trip.

The visit to Taiwan by the speaker of the lower house of the US Congress could be the first for an American politician of such rank in 25 years. Beijing has repeatedly warned the American side that if the visit takes place, it will not go without consequences, and China will take tough measures. Washington believes that Beijing could, in light of the potential visit, take steps that would lead to a crisis, including missile launches or military drills.