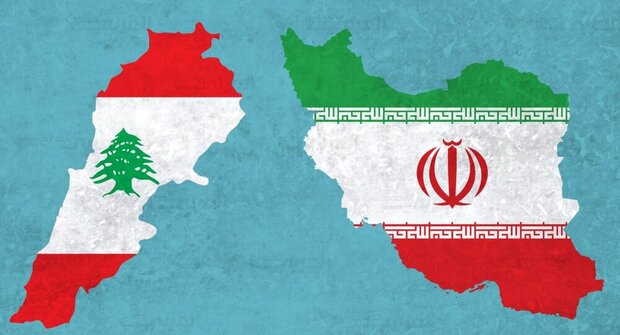 Iran-Lebanon relations expected to get stronger

With the new Iranian ambassador to Lebanon arriving in Beirut, relations between Iran and Lebanon seem to be on the verge of entering a new stage in which the two countries would further develop their ties.

On Friday, the new Iranian ambassador to Lebanon, Mojtaba Amani, arrived in Beirut and was welcomed by Lebanon’s officials and party figures. Deputy Parliament speaker Qabalan Qabalan, and the former minister and member of the Political Council of Hezbollah, Mahmoud Qamati, were among the officials who received Amani.

Upon his arrival, Amani said he will focus most of his attention on strengthening and expanding Iran-Lebanon relations.

The ambassador went to Lebanon at a time when the situation in the tiny Arab Mediterranean country is delicate due to several internal and external factors. Internally, Lebanon is struggling economically at a time when the political elites are unable to put together a new government. Externally, Lebanon is under pressure from Israel over a Lebanese Mediterranean gas field claimed by Israel. Israel has sought to develop the field without getting the approval of the Lebanese government. Exploiting Lebanon’s internal crises, Israel sought to develop the disputed Karish gas field off the coast of Lebanon, which drew the ire of Lebanese of all hues, including Hezbollah.

In early July, Hezbollah flew three unarmed drones toward the gas field in a warning to Israel. According to Hezbollah, the drones were launched toward the field, situated in Eastern Mediterranean, to carry out reconnaissance missions. “The drones accomplished their mission which was to send a message to Israel. The message was in line with reinforcing Lebanon’s stance in indirect talks with the Zionist regime regarding demarcation of the territory in the disputed maritime area,” a top Hezbollah official told Lebanon’s Arabic-language OTV television station, according to a Fars News report.

On Sunday, Hezbollah released a warning video showing Israeli offshore oil and gas facilities in what many believe is a warning from the Lebanese resistance movement that all Israeli targets are within reach.

The show of force came amid renewed Iranian support for Lebanon after the new Iranian ambassador arrived in Beirut. Iran has expressed readiness to supply Lebanon with much-needed fuel. On Sunday, a senior Iranian diplomat said Tehran is ready to host talks over that issue. The diplomat, Mohammad Sadeq Fazli, who is the head of the Iranian foreign ministry’s West Asia and North Africa Bureau, said on Twitter, “The Islamic Republic of Iran, as one of the biggest producers and exporters of energy in the region, is standing by the Lebanese people to help them.”

He added, “Tehran is ready to host the Lebanese in order to talk about supplying this country’s people with the needed fuel. We will never let down our friends in difficult times.”

“I am ready to import fuel from Iran, but the problem is that the Lebanese government must accept this, no one in Lebanon dares to do this because they are afraid of American sanctions,” the secretary-general said in an interview with Al Mayadeen news channel.

Iran and Lebanon enjoy strategic relations, which are expected to be further developed during Amani’s tenure. Before he departed for Lebanon, the new ambassador met with Iranian Foreign Minister Hossein AmirAbdollahian. At the meeting, AmirAbdollahian pointed to the importance of cooperation between Iran and Lebanon and insisted on the need to pay attention to the strategic ties between the two countries.