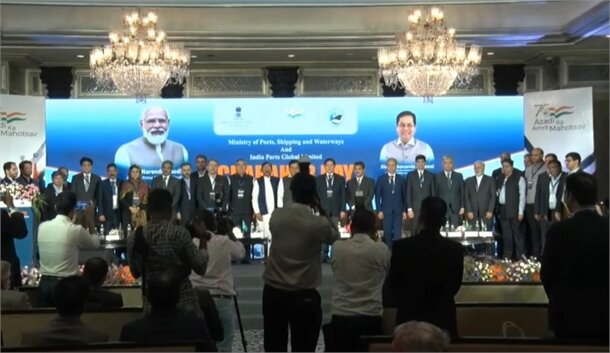 Indian Ministry of Port, Shipping, and Waterways, on Sunday, celebrated “Chabahar Day” in Mumbai to reiterate commitment to developing the southeastern Iranian port which is going to connect India to Central Asian markets through the International North-South Transport Corridor (INSTC).

The ceremony was attended by senior officials from both sides including Deputy Head of Iran’s Ports and Maritime Organization (PMO) Jalil Eslami, India’s Minister of Ports, Shipping and Waterways Sarbananda Sonowal, and ambassadors of several Central Asian countries including Kazakhstan, Kyrgyzstan, Tajikistan, Turkmenistan, Uzbekistan, and Afghanistan, as well as the representatives of some of India’s major trade institutions, the PMO portal reported.

Speaking at the gathering, Sonowal stated that India’s vision is to make Shahid Beheshti Port at Chabahar a transit hub in the region and link it to INSTC to reach out to Central Asian countries.

The minister said that Iran’s Chabahar port would provide unique opportunities for shipping and logistics companies seeking to become active on the INSTC.

According to MPO’s Deputy Head Hossein Shahdadi, the officials attending the gathering emphasized the importance of Chabahar port and the readiness of the respective countries to use Chabahar port for the transfer and transit of goods.

The need for the establishment of a regular shipping line between Indian ports and Chabahar, facilitating the issuance of land and sea transport bills of lading, and facilitating plant quarantine rules and requirements in the transfer and transit of horticultural and agricultural shipments were among the issues raised and requested by private sector companies in this event, Shahdadi said.

Under a 10-year agreement with Iran, India has committed to develop and operate Shahid Beheshti terminal in Chabahar, located on the Sea of Oman in southeast Iran.

As Iran’s only oceanic port on the Gulf of Oman, Chabahar port holds great significance for the country both politically and economically. The country has taken serious measures for developing this port in order to improve the country’s maritime trade.

The port consists of Shahid Kalantari and Shahid Beheshti terminals, each of which has five berth facilities. The port is located in Iran’s Sistan-Balouchestan Province and is about 120 kilometers southwest of Pakistan’s Baluchistan province, where the China-funded Gwadar port is situated.