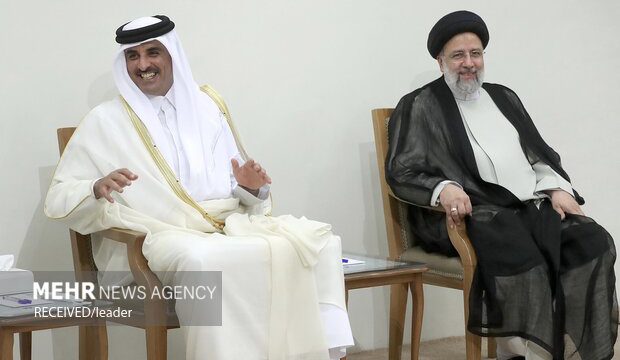 Addressing president Raisi in a message, Qatari Emir Sheikh Tamim bin Hamad Al-Thani offered his condolence over the death of a number of Iranians in the flood incident in recent days.

Sheikh Tamim bin Hamad Al-Thani sent a cable of condolences to President of Iran Ebrahim Raisi on the victims of the floods that swept through several provinces in the country, wishing the injured a speedy recovery, the Peninsula Qatar reported.

Earlier on Saturday, the Russian embassy in Tehran released a statement, saying, “On behalf of the Russian Embassy to Iran Amb. Dzhagaryan conveys our deepest and sincere condolences to families and loved ones of victims of severe mudslides and storms, which hit Iran these days. The Embassy wishes full recovery to all the injured as soon as possible.”

The massive flood in many parts of the country has caused many physical, and financial damages to the Iranian people in recent days.