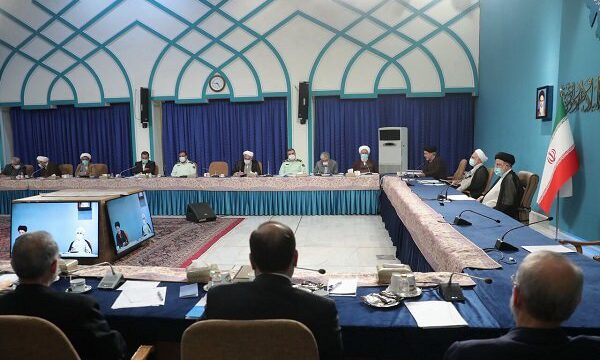 Speaking in the meeting of Council of Ministers on Wednesday, Seyyed Ebrahim Raisi assigned the Ministers of Foreign Affairs and Energy to follow up on Iran’s water rights from Helmand River and said, that Popular Administration will not hesitate to pursue the rights of the nation in any way.

He tasked the relevant ministries to seriously pursue other ways of providing drinking and agricultural water for the people of Sistan and Baluchestan province, including by digging deep wells and assigning special rigs, and to implement the necessary measures as soon as possible.

Referring to his yesterday’s meeting with Friday prayer leaders from across the country, President announced efficiency as the most important indicator in the appointment of national, provincial and local officials and said, “The managers of the Popular Administration must be efficient, revolutionary and transformational, and if they are not, the goals that have been set will not be achieved.”

The President sincerely thanked the people for continuing cooperation in household electricity consumption and said, “Thank God, with the good cooperation of the people and the effective management of the Ministry of Energy, we have not had a problem with power outages this year, but due to the lack of energy production infrastructure, controlling electricity consumption is still an important priority in the country.”