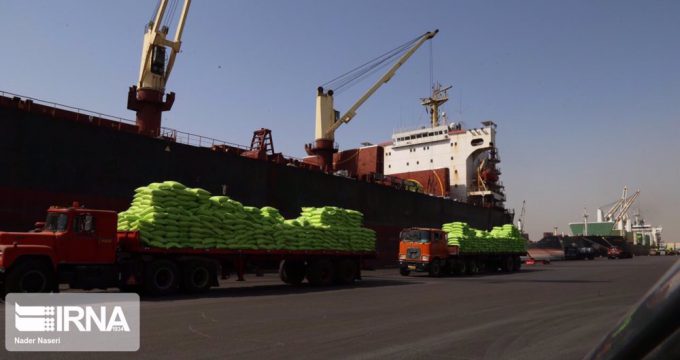 Figures by the Iranian customs office (IRICA) show non-oil exports from the country rose by 22% in value terms in the four months to late July compared with the same period last year.

IRICA figures published on Thursday showed that exports of goods from Iran, including petrochemicals and oil byproducts, had reached a total value of $17.24 billion for over 35.65 million metric tons (mt) of shipments sold to foreign customers between March 21 and July 21.

China was responsible for $5.617 billion worth of purchases of Iran’s non-oil shipments in March-July, followed by Iraq at $2.398 billion and the United Arab Emirates at $2.264 billion, the figures showed.

They showed that Iran’s exports to Turkey had reached just over $2 billion in the four months to July while exports to India stood at $567 million.

Imports into Iran also rose by 17% in value terms in March-July compared to the same period last year as the country spent $17.24 billion on nearly 11.16 million mt of shipments over the period, IRICA said.

The UAE, a main re-exporting hub in the Persian Gulf, was the largest supplier of goods into Iran over the four months to July 21 with $4.875 billion worth of exports. It was followed by China at $4.422 billion and Turkey at $1.787 billion, said the Iranian customs office, adding that imports from India and Russia had amounted to $859 million and $599 million, respectively.

Iran’s main import shipments over the period were grains, including wheat and rice, mobile phones, animal feed and oil seeds, it added.