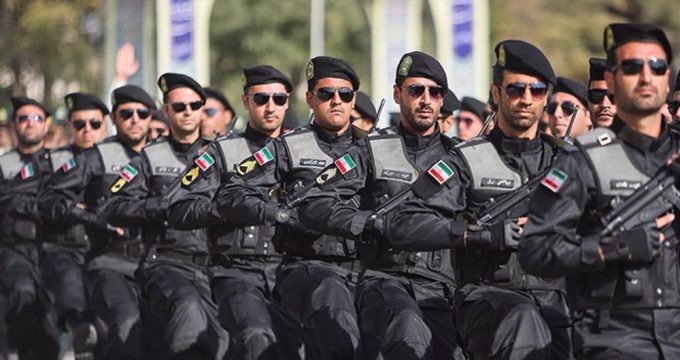 Iranian security forces have arrested the ringleader and members of an espionage network affiliated with the Israeli spy agency Mossad, in the second such development in as many days.

The Intelligence Department of the Law Enforcement Command of Islamic Republic of Iran announced in a statement on Thursday that all five members of the network were identified and arrested.

The statement noted that the spy network had been in contact with a middleman from Mossad, with encouragement from the head of a separatist outfit who is well known to have served the Tel Aviv regime as a mercenary.

The five members of the spy network, motivated by Mossad spy agency’s numerous pledges like financial gains, were collecting information from the important and vital sites of the country, it added.

All movements of the network were under close scrutiny from the very first moment it contacted the Israeli spy agency, the statement further noted.

The members of the spy network also carried out arson attacks, wrote graffiti on walls and propagated against the Islamic establishment, the Iranian police highlighted.

They had received high-level training for armed sabotage operations, the release said, adding that the members of the group were arrested before they could perform such acts.

A number of sophisticated telecommunication equipment, SIM cards, and cell phones were recovered from members of the network.

On Saturday, Iran’s Intelligence Ministry said in a statement that members of a terrorist group affiliated with Mossad had been identified and arrested by Iranian security forces before they could take any action to carry out acts of sabotage.

The ministry added that the terrorists, who were in contact with Mossad agents through one of the neighboring countries, had entered Iran from the Iraqi Kurdistan region.

The Iranian intelligence minister said on Wednesday that the Islamic Republic has carried out “a number of successful operations” against Israel in recent months, besides thwarting several conspiracies hatched by the occupying Tel Aviv regime and anti-Iran terrorist groups.

Esmail Khatib noted that the operations “signify the security power” wielded by the Iranian Intelligence Ministry.

He went on to emphasize that enemies have failed in their attempts to undermine security in Iran.