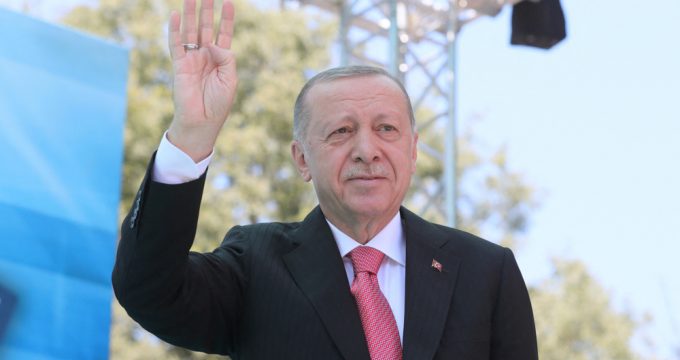 Turkish President Recep Tayyip Erdogan has announced that his country would increase its purchases of Iranian oil and gas, a week after meeting with his Iranian counterpart Ebrahim Raisi in Tehran.

“Turkey will increase its purchases of oil and natural gas from Iran,” Erdogan said in an interview with state broadcaster TRT Haber on Monday.

He noted that the trade volume between Turkiye and Iran will reach $30 billion per year.

Erdogan also referred to the eight important agreements signed with Iranian officials during his recent trip to Iran.

Speaking at a joint conference with Raisi in Tehran on July 19, the Turkish president hoped for the expansion of bilateral ties while regretting that the coronavirus pandemic had been an obstacle in recent years.

Raisi also said that Erdogan’s visit would undoubtedly serve as a turning point in the expansion of the bilateral ties, adding that the countries were “serious” regarding the development of their relations.

The level of the countries’ trade ties could reach $30 billion, namely three times their current level, the Iranian president said.

Earlier during the trip, the two sides signed eight memoranda of cooperation concerning such issues as devising a comprehensive plan for long-term bilateral cooperation, provision of support for small economic agencies, cooperation in the area of radio and television, and cooperation between Iran’s Investment and Economic Assistance Organization and the Turkish Presidency’s Investment Office.