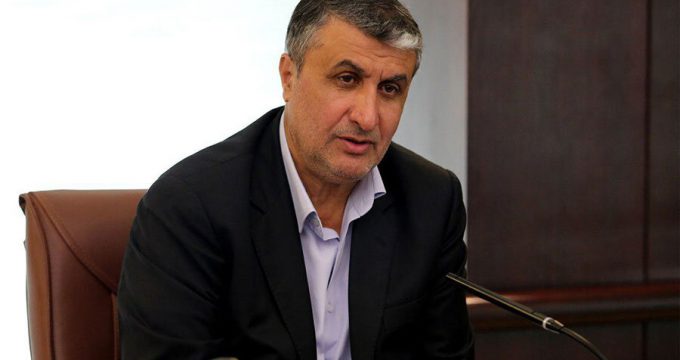 The head of the Atomic Energy Organization of Iran (AEOI) said on Monday that the Islamic Republic will keep the UN nuclear watchdog’s cameras turned off until the 2015 nuclear deal, officially called the Joint Comprehensive Plan of Action (JCPOA), is restored.

Iran informed the International Atomic Energy Agency (IAEA) that it had removed IAEA equipment, including 27 cameras installed under the 2015 pact, after the IAEA Board of governors passed a resolution in June criticizing Tehran.

“We will not switch on the Agency cameras until the other side returns to the nuclear deal,” Mohammad Eslami stated.

Eslami also urged IAEA Director General Rafael Grossi to avoid raising questions that had already been resolved based on the JCPOA.

The 2015 nuclear pact put curbs on Iran’s nuclear activities in return for the lifting of international sanctions. Then U.S. President Donald Trump pulled the United States out of the deal in 2018 unilaterally, re-imposing tough economic sanctions on Tehran.

In an interview with Spain’s El Pais published on Friday, Grossi said Iran’s nuclear program is “galloping ahead” and the IAEA has very limited visibility on what is happening, Reuters reported.

In response, Iran’s Foreign Ministry spokesman Nasser Kanaani on Monday called Grossi’s statements “imprecise, non-technical, and biased”, and called on him to play a constructive role and instead facilitate the negotiation process to restore the JCPOA.